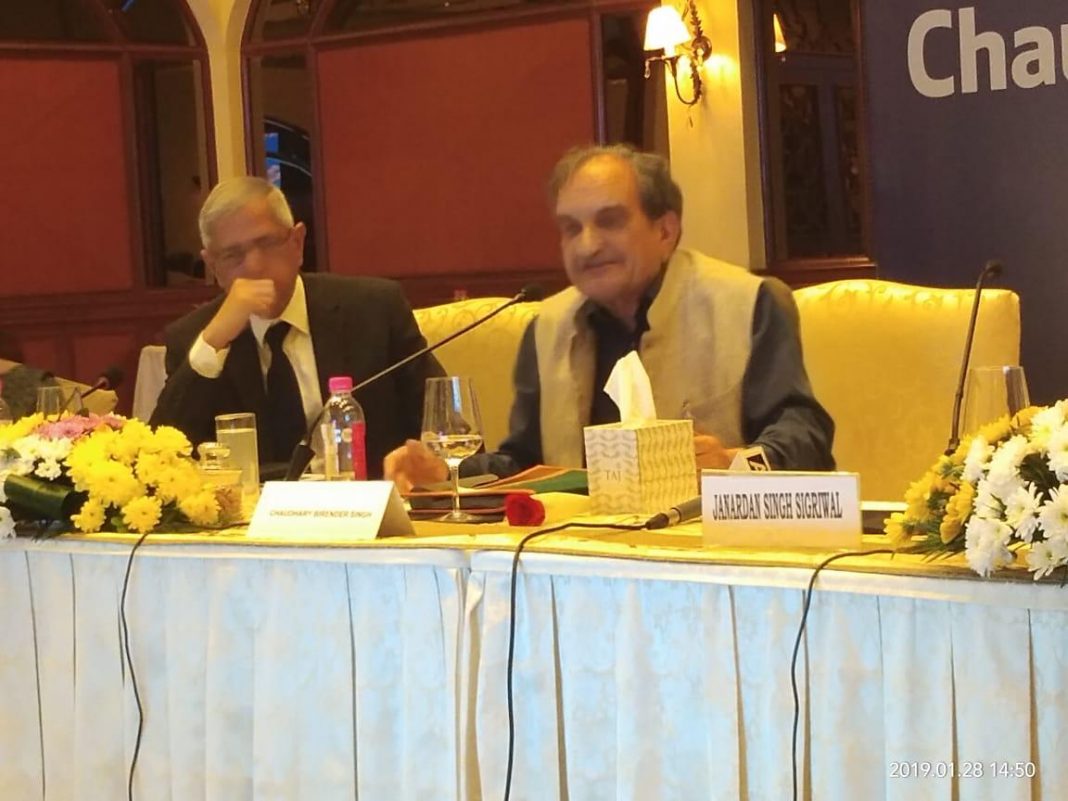 Benaulim: The Consultative Committee of Parliament met in Goa but failed to take into consideration Goa mining issue though it raised concerns over the raw material scarcity for the Steel Industry in future.

Union Steel Minister Chaudhary Birender Singh chaired the meeting which expressed concerns over the stopping of mining leases in the year 2020 due to which the raw material required for the Steel plants may be scarce.

But a senior officer in presence of Singh told a press conference today that Goa mining issue was not a part of discussion.

“This is issue between state government and judiciary, so we would not like to comment on it further,” he said.

“Goa ores were mostly exported to the best of my knowledge. So far as internal domestic demand is concerned, it has not created much of an impact,” he said.

“However, we should have abundant domestic ore production. We would like to increase our exploration so that our raw material security is achieved,” he added.