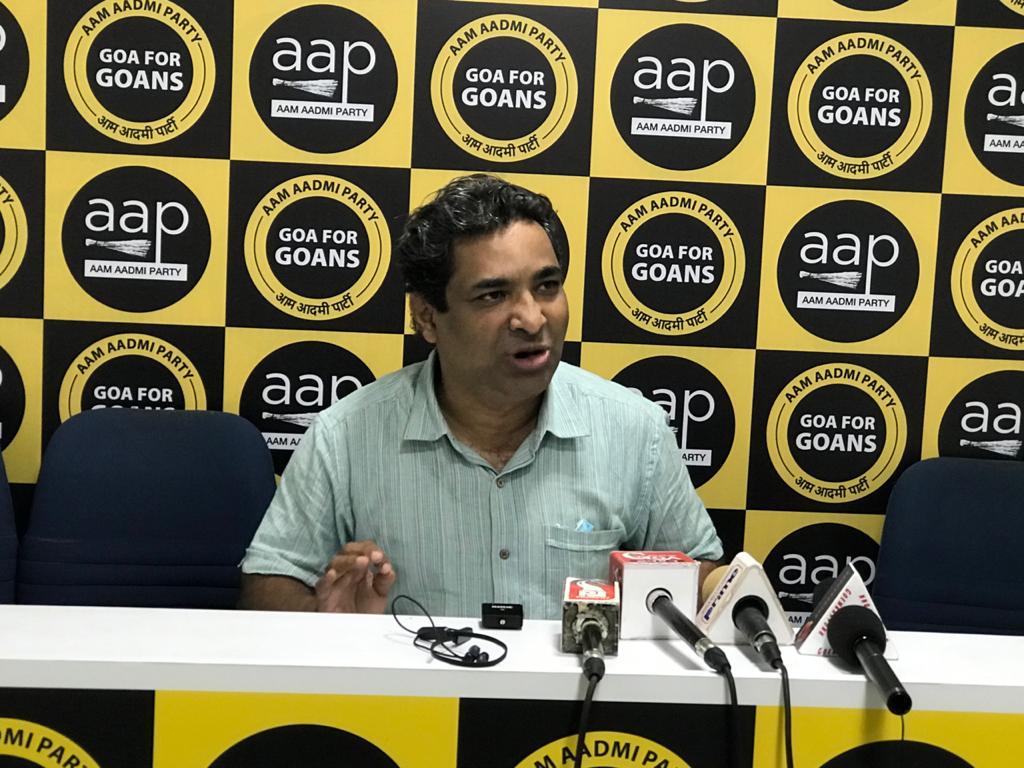 Aam Aadmi Party today lamented that Chief Minister Dr Pramod Sawant much touted announcement of wage hike and insurance to Covid health care workers has not fructified even after a year.
AAP Goa Convener Rahul Mhambre pointed out that exactly a year ago the chief minister had announced a Rs 50 lakh insurance cover and a 20 per cent hike in their wages.
“However till date though a year has passed neither of the two have been fulfilled,” said Rahul while pointing out that they are paid the old wages and nobody has been given insurance cover.
AAP government in Delhi came out with a good model to deal with covid which has been hailed and adopted by some other states.
“However it is unfortunate that Goa did not take a leaf from Delhi even though a painstakingly prepared white paper was presented to it said Rahul.
He said that Goa is now facing the second wave and the government is Ill equipped to deal with it as it is following the same procedures it undertook earlier without realising that the second wave needs to be dealt with differently.
He said the Goa government would do well to implement the recommendations in the white paper and at least adopt the five point strategy.
These include home isolation, reducing death count, ambulance management and involving all stake holders.
“It is time for Dr Pramod to take the second wave seriously and ensure the safety of Goan population,” said Rahul.
Besides the 5T formula which includes Testing, Tracing, Treatment, Tracking and Team work that gave excellent results in Delhi need to be adopted in Goa, he said.
Rahul called for increasing the testing facilities in Goa particularly as the cases are increasing.
He also called for proper guidelines for home isolation and asked for more facilities for isolation as Goa has the highest rate of covid cases.
“Goa’s 20 per cent covid positive rate is highest in the country and Margao and Calangute are emerging as the new hotspots,” said Rahul.

#53rdEditionOfIFFIGoa || Krzysztof Zanussi directed film the ‘Perfect Number’ is to be showcased at the #ClosingCeremony that is today at 4:30pm at INOX Panjim.

#53rdEditionOfIFFIGoa || Krzysztof Zanussi directed film the ‘Perfect Number’ is to be showcased at the #ClosingCeremony that is today at 4:30pm at INOX Panjim.