CM Sawant’s style of Governance, blame other do nothing : AAP 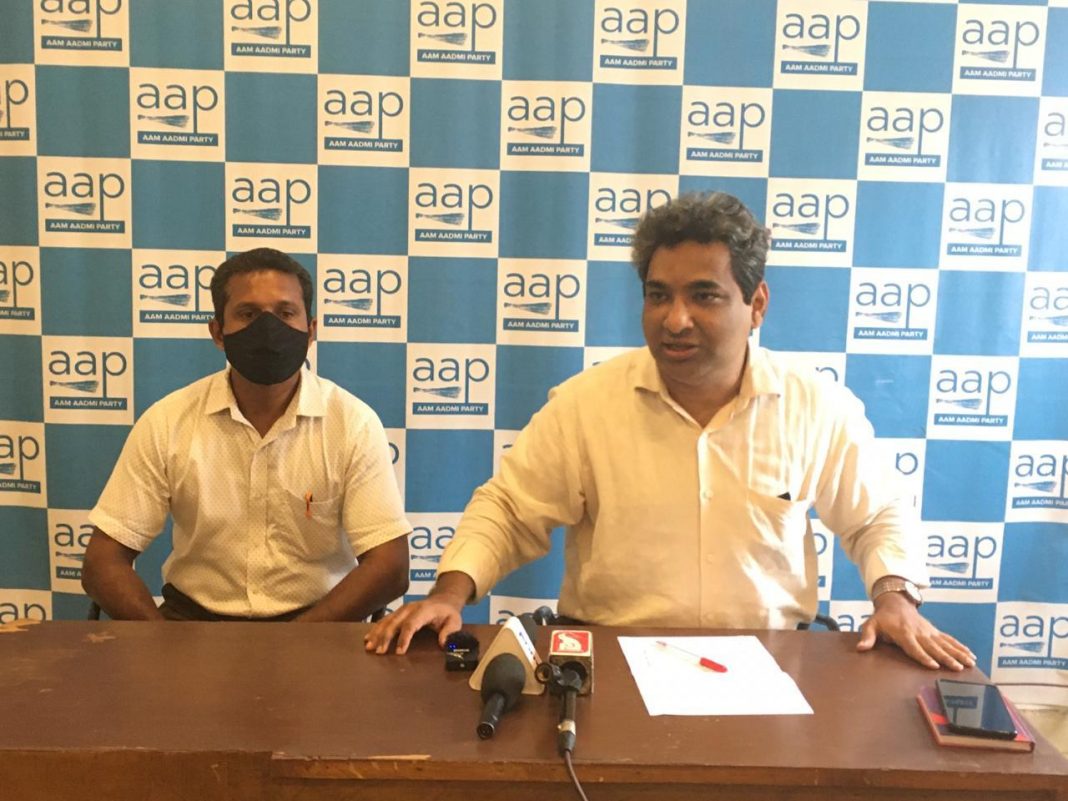 Aam Aadmi Party convener Rahul Mhambre asked Chief Minister Dr Pramod Sawant to stop playing the blame game and come to terms with the fact that it is his own efficiency that is responsible for the total collapse of administration in Goa.

“ It is not that websites of 80 departments are non existent but the fact is that entire administration in Goa has collapsed where sons of the red soil have to suffer while outsiders get their work done immediately,” said Rahul.
He pointed out that the government works with alacrity to do works of Adani like the double tracking of railway tracks despite people’s opposition, but does nothing to help local Goans as was seen in the manner in which the Covid pandemic was dealt with.
“None of the helplines announced for Covid were working and as even ambulances were not available people had to pay high prices for taxi service to take patients to hospital,” he said and recalled the “bhievpachi goroz nam” quote of the chief minister which resulted in he himself testing positive for the disease.
Dr Pramod instead of taking necessary steps to deal with Covid blamed the people for their carelessness and even said the high death rate due to covid was because people were coming to the hospital late.
While the government appears to have no dearth of funds to finance the works aimed at helping Adani, there are no funds available for the people of Goa which can be seen in the fact that the sea farers have not been paid their pension, the laadli Lakshmi scheme is in doldrums and the DDSSY scheme for medical help is kept on hold.
“The government in fact is taxing Goans by making them pay hefty fees for Covid treatment at private hospitals as payment for it through DDSSY in private hospitals is now withdrawn and the situation in government hospitals is scandalous as at GMC Covid patient was made to sleep on floor and at ESI hospital patients are turned back as there are no beds,” said Rahul.
That the administration has collapsed is further established that now even the courts have started monitoring the investigations carried out by the police as is seen in order by the Judge Shahir Issan with regards to Maina Curtorim police investigating a case of forgery committed to sell Goan’s land to outsiders, he said.

While asserting that AAP is committed to upholds the right of local Goans Rahul asked Dr Pramod to start working for Goa and Goans and not Adani and further to streamline the administration instead of playing the “blame game”.
Goa has never had such an incapable CM ever.