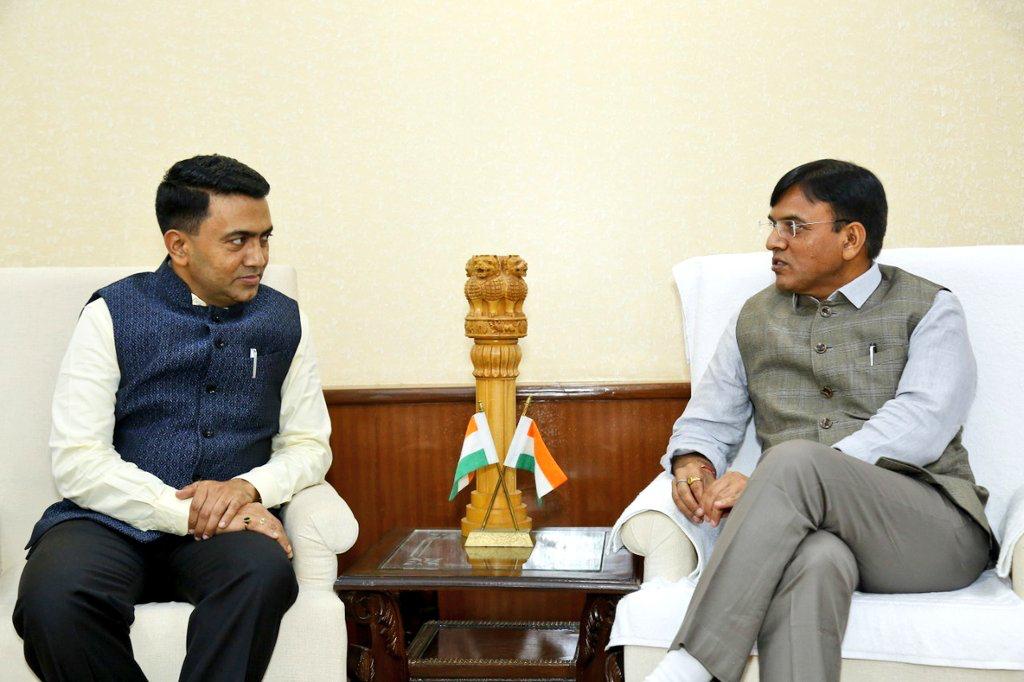 Panaji: Amidst protests by the people in the state accusing BJP-led government to convert the coastal state into Coal Hub,Chief Minister Pramod Sawant met Union Minister of Shipping Mansukh Madaviya in New Delhi on Monday.

Sawant is in the national capital to hold series of meetings.

The Chief Minister tweeted “met union minister of Shipping Mansukh Mandaviya in New Delhi today. Conveyed sentiments of people of Goa regarding Coal handling. He has assured to look into the matter.”

The fears are raised that these projects will need to cut the trees in Bhagwan Mahavir Wildlife Sanctuary and the National Park at Mollem. The agitators have said that these projects are aimed to provide infrastructure for the companies handling coal at Mormugao Port Trust.