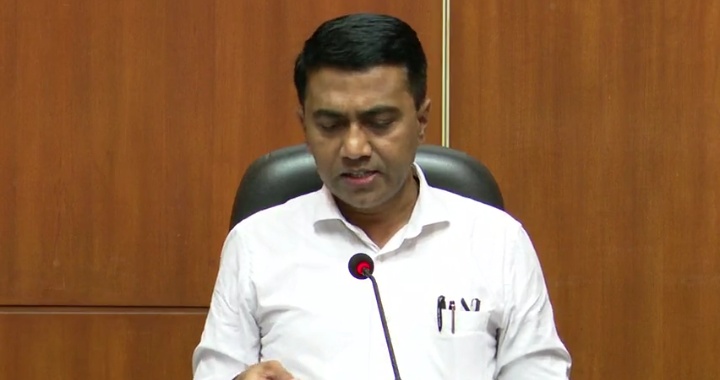 Panaji: Goa chief minister Pramod Sawant on Wednesday assured to take action against in the matter related to the sexual exploitation allegedly by his cabinet colleague, if there is any formal complaint in that matter.

Addressing a press conference, Sawant said that even if there is a complaint by victim, the action would be taken against the concerned person. “I will sack him,” he commented.

Goa Pradesh Congress Committee President Girish Chodankar earlier last week had alleged that a minister in Pramod Sawant led cabinet had sexually exploited a woman. He had demanded that the minister should be sacked immediately.

The chief minister said that the action would certainly be taken if there is complaint. “I will conduct thorough inquiry into the matter. Let there at least be a complaint filed by the victim,” he said.

Sawant accused Chodankar of indulging in cheap publicity by resorting to such allegations.