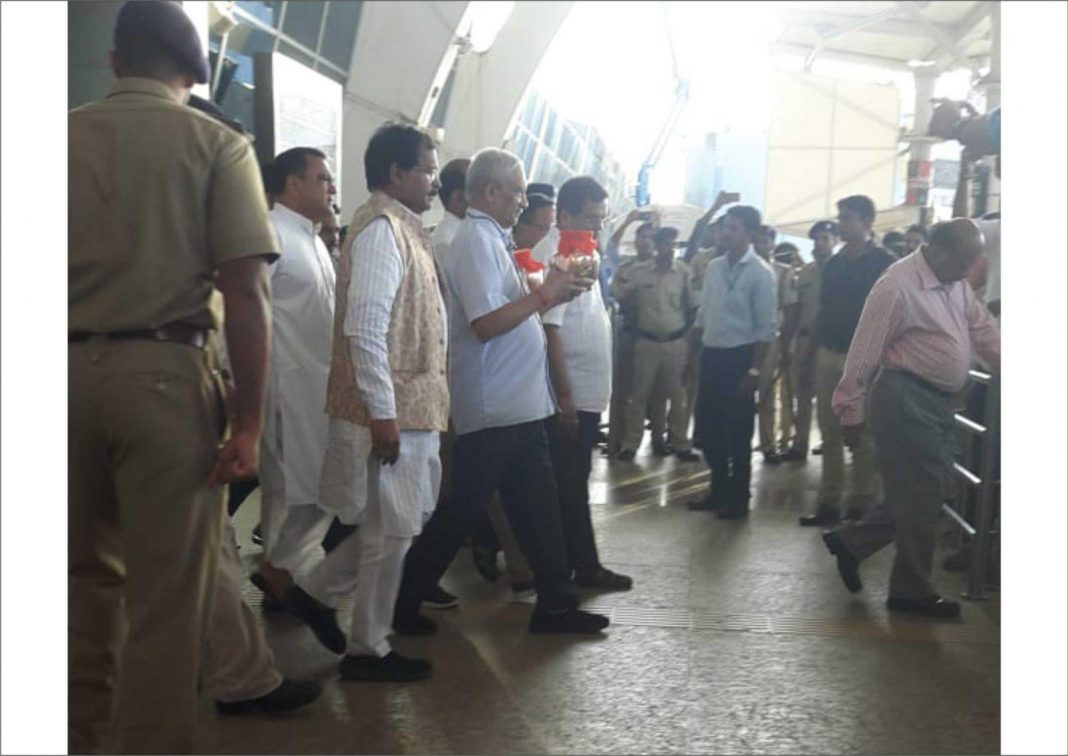 Ashes will be immersed in the Rivers of Mandovi and Zuari on August 24.

Parrikar was in USA for health check-up at the time of death of Vajpayee on August 16.

On August 23 and 24, the state unit has organized Kalash yatra which will move across all the talukas before immersion.

The kalsh would be kept at party head office today, where people can pay their tribute.