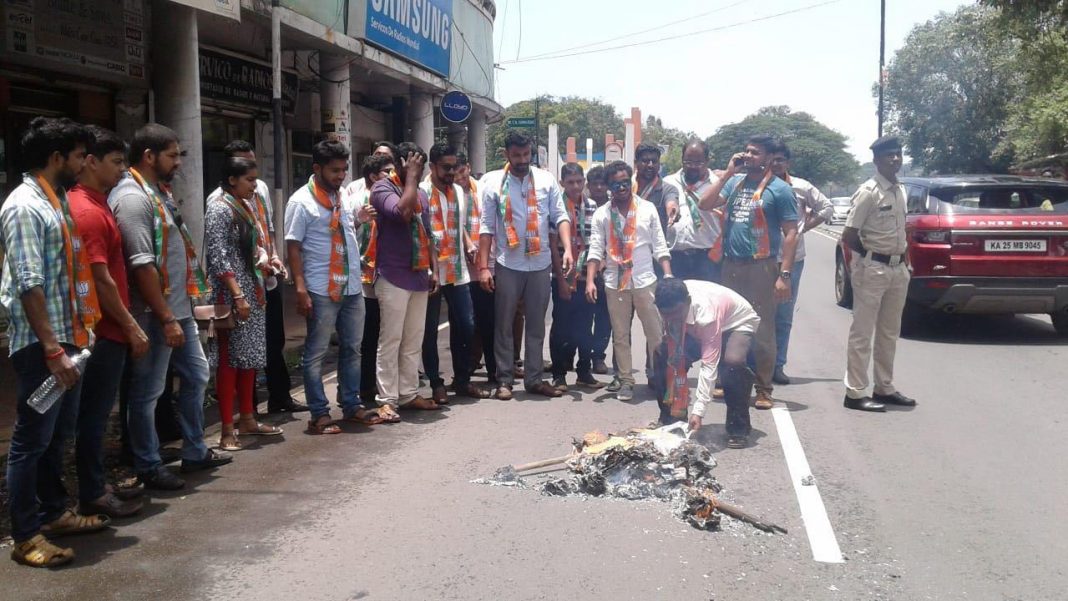 Around 50 workers from BJPYM gathered on the street in Panaji today and burnt the effigy amidst sloganeering.

BJPYM Goa unit General Secretary Gajanan Tilve told reporters that the effigy was burnt to condemn the anti-nationalism act of Siddhu, who hugged the Army Chief of Pakistan.

“This is the same Army Chief who orders killing of our Indian soldiers on the border. How can any patriotic Indian hug him? Siddhu has clearly indicated his anti-national mentality,” Tilve said.

He added that visit to Swearing-in ceremony when the whole nation was mourning death of former Prime Minister Atal Bihari Vajpayee was “his personal decision.”

“But we cannot tolerate his behavior during the ceremony. If Congress party has even little patriotism in them, then they should immediately sack him from the post of Punjab minister,” he said.

Previous articleAll 8000 failed ? Either CM is joking or Education under him has failed : AAP
Next articleCM arrives in Goa with Vajpayee’s Asthi Kalash