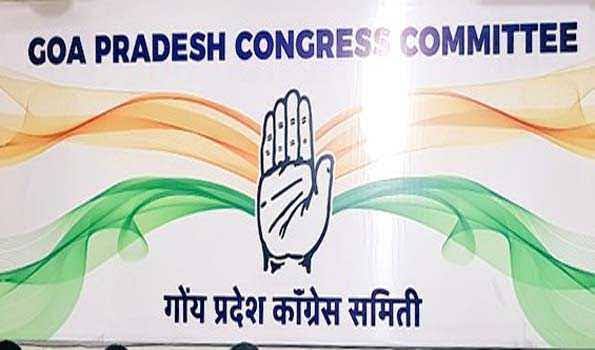 Panaji – The whole of Goa knows the “Bag Culture” of the Bhartiya Janata Party by which they imported MLA’s from other Parties to form Illegitimate Governments in many states. The statement by Urfan Mulla who is the new entrant in BJP is direct reflection of this ‘Bag Culture’ in the ‘Party with a Difference’ charged GPCC Media Cell Chairman Amarnath Panjikar.

He was reacting to the statement made by the new entrant in BJP Urfan Mulla levelling allegations on AICC Incharge Dinesh Rao’s visit to Goa.

What the new entrant in BJP has spoken is a direct reflection of what is going on in the BJP. This Urfan Mulla must have been used by the BJP Functionaries in Goa to carry the Bags collected by BJP National General Secretary B L Santosh during his recent visit and hence must have learnt of the Bag Culture in BJP stated Amarnath Panjikar.

People of Goa would like to know from Urfan Mulla, how many bags he carried of BJP General Secretary B L Santosh?. We want Urfan Mulla to inform people of Goa, how many bags were presented to each imported MLA by BJP to stabilise the Government of defective Chief Minister Dr. Pramod Sawant questioned Amarnath Panjikar.

The new entrant in BJP Urfan Mulla has no business in questioning Congress President Girish Chodankar on Alliance with other political parties. He should ask his own Party President Sadanand Shet Tanawade whether BJP will do boot-licking of MLA Sudin Dhavlikar to have an alliance with MGP as suggested by their own Union Minister Shripad Naik. He must ask his Organisational Secretary Satish Dhond whether the ten imported MLA’s will be given tickets by the BJP and allowed to contest on lotus symbol.

Congress Party is well aware of our way ahead and we dont need to give explanation about our strategies to an imported Spokesperson of BJP. Our AICC Incharge Dinesh Rao is a dedicated and loyal Office Bearer of the Congress Party whose integrity and honesty is impeccable. We strongly condemn the statement of the irresponsible new entrant in BJP Urfan Mulla on our AICC Incharge and demand an apology from him.

The statement of Urfan Mulla has also exposed intellectual bankruptcy of the BJP. They have no credible faces in the party to appoint as Spokespersons and are completely dependent on this ‘Babloo’ who is with empty brain and loud mouth stated Amarnath Panjikar.