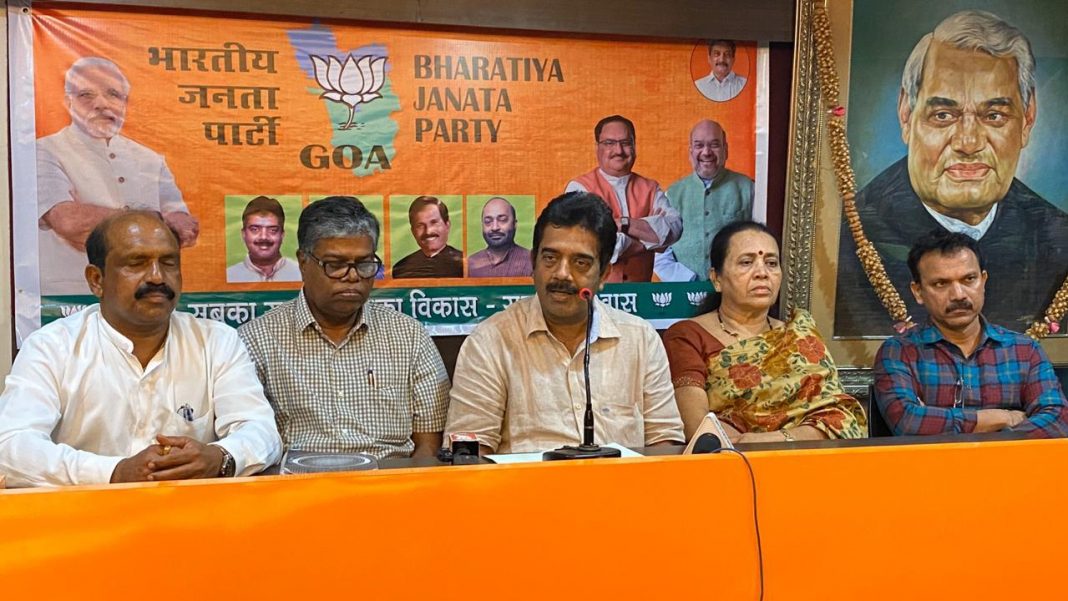 Panaji: A Goa BJP Spokesman on Wednesday filed formal complaint against Independent MLA Rohan Khaunte for threatening him in the assembly complex premises.

BJP Goa spokesman Premanand Mhambrey in a complaint letter to Speaker of Legislative Assembly and Porvorim Police station claimed that Khaunte caught hold of his hand and threatened him in the premises of the assembly on Wednesday evening.

Mhambrey had addressed a press conference on Wednesday afternoon accusing Khaunte of being involved in various illegal activities.

BJP Goa Chief Sadanand Tanavade said that Khaunte was “frustrated” over the press conference and hence resorted to threatening the spokesman.

“Mhambrey had no personal enemity with Khaunte. He had addressed the viewpoint of the party. Khaunte should have addressed a press conference to deny the allegations rather than opting for such high handed behaviour,” Tanavade said.

BJP Goa chief said that Khaunte was dropped from Sawant-led cabinet earlier last year because of such “arrogant behaviour.”