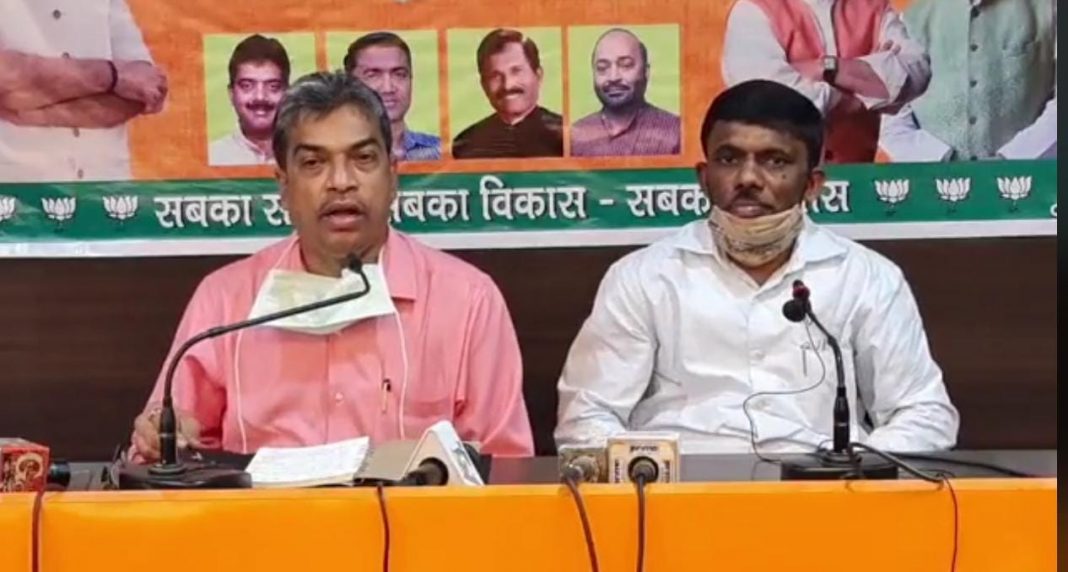 Panaji: Bharatiya Janata Party on Tuesday escalated their attack on Sanguem MLA Prasad Gaonkar accusing him of misleading the farmers over Sanjivani Sugar Factory issue and also trying to interfere in the IIT project.

BJP spokesman Damu Naik alleged that Gaonkar had approached state government with a proposal from a private company to take over Sanjivani Sugar Factory, which was outrightly rejected, after which Sanguem MLA has been speaking against the government.

Another party leader Ramesh Tawadkar was also present for the press conference held in Panaji.

Naik said that the land identified for the IIT project at Sanguem was initially in the name of WRD department, which was later claimed by locals to be theirs after they won the case in the court.

He said that government was in the process to decide whether to appeal against the court order or buy the land at specified rate. The entire process was completed and those who staked claim over the land were asked to give their documents. But somehow, it was stalled.

Naik indirectly alleged hand of Gaonkar in stalling the project at Gaonkar.

Tawadkar accused Gaonkar of misguiding the farmers from Sanguem over Sanjivani Sugar Factory project. He said that the state government is building “new factory”  under central government scheme, which will be ready within next 5 years.

He said that the farmers should not be misguided over the issue as State government is working overtime to find the solution.

Previous articlePrasad Gaonkar was involved in “setting” to buy land for IIT project at Sanguem: CM
Next articleGoa Human Rights Commission serves notice to MMC over regularisation of workers