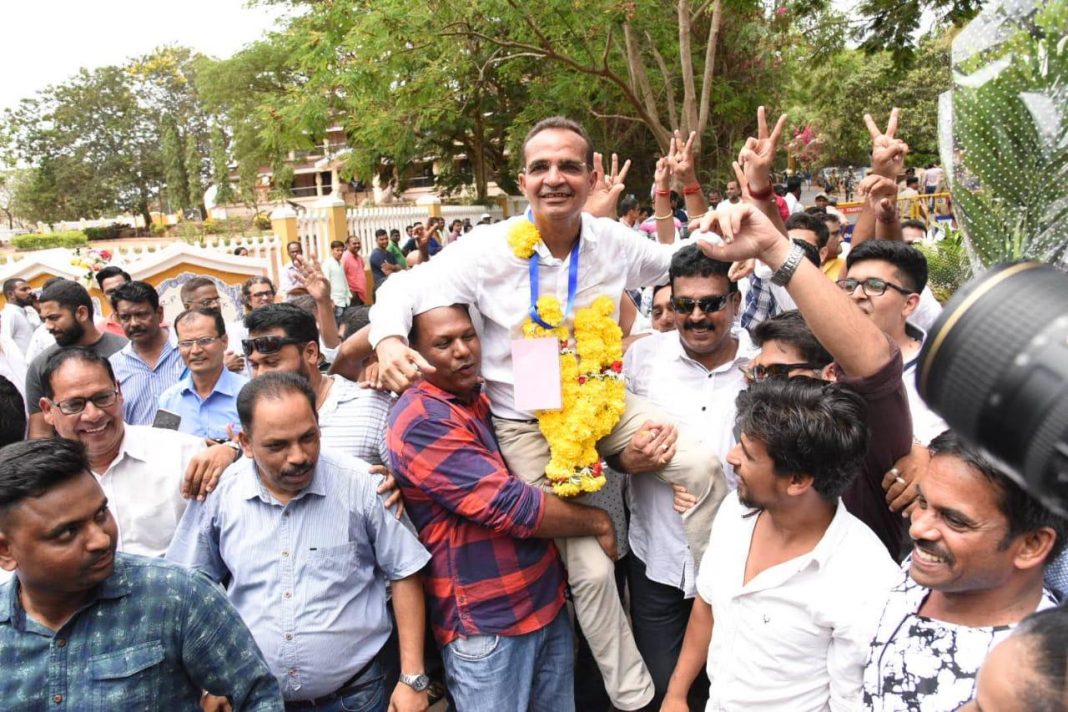 Panaji: After ruling the constituency for almost 25 years under its stalwart late Manohar Parrikar, BJP lost Panaji assembly seat to Congress, who managed to get its hold after 1994.

Congress candidate Atanasio Monserratte polled 8748 votes against BJP Siddharth Kunkolienkar who got 6990 votes. The victory margin was of 1775 votes.

Kunkolienkar had defeated Monserratte in the 2017 State assembly election with a similar margin of 1600 votes.

When the counting begun in the morning, Monserratte dominated right from first polling booth, with lead continuing till end.

There are total 30 polling booths in the constituency, which had witnessed over 75 percent polling during the by-election held on May 19.

The by- elections in Panaji assembly segment was necessitated with death of Parrikar, who died on March 17 due to pancreatic related ailment.

BJP under Parrikar had been ruling the constituency since 1994.

Speaking to media persons post loss, BJP candidate said that he accept people verdict and apologized to the party workers for failing to retain the seat.

On the other hand, Congress candidate took dig at BJP saying that the party is helpless in absence of Parrikar.