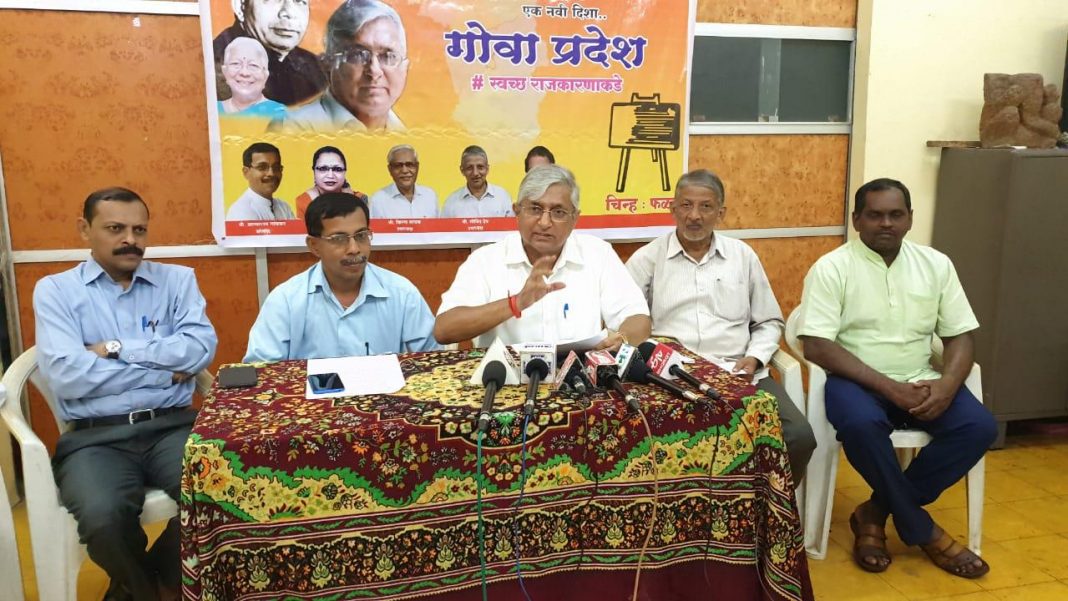 Panaji: Goa Suraksha Manch (GSM) on Friday termed the current political developments in the state as “converting BJP into Congress Janata Party (CongJP)” as majority of the legislators in saffron outfit are imported from Congress.

He was referring to the recent development wherein ten Congress MLAs had broke away and split their party into BJP.

“BJP has lost its ideological base. It is no more a party which honours ideology. It has become Congress Janata Party,” he said.

“Out of total 27 BJP MLAs in Goa legislative assembly, 18 were originally in Congress and then imported inside the party. Two third of BJP legislators are from Congress,” Velingkar said.

He said that the BJP during last two years have engineered four switchovers thereby forcing the MLAs to disrespect mandate of the voters.

Velingkar said that the first time MLAs are aspiring to be ministers resulting in such political developments.

A group of ten Congress MLAs had left the party on Wednesday to join BJP. Chief minister Pramod Sawant is likely to have cabinet reshuffle on Saturday wherein four ministers will be sworn in.