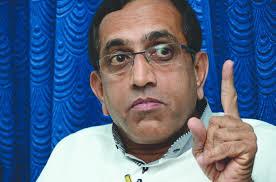 Banastarim: Former Priol MLA Dipak Dhavalikar has claimed that the foundation stone for Banastarim market which was laid today was actually planned by him during his tenure.

“I had planned the market during my tenure. I had taken up the issue of acquiring 800 square metres of land from National Highway Authority of India,” Dhavalikar reacted.

Dhavalikar said that the project was supposed to start four years back but due to issues with the title of land, it was kept pending.

He said that he had done all the formalities. There was also issue of rehabilitating the occupants of this market, he said.

Dhavalikar said that the dispute about land title still exists. He accused Gawade of trying to take credit for the work which he never did.