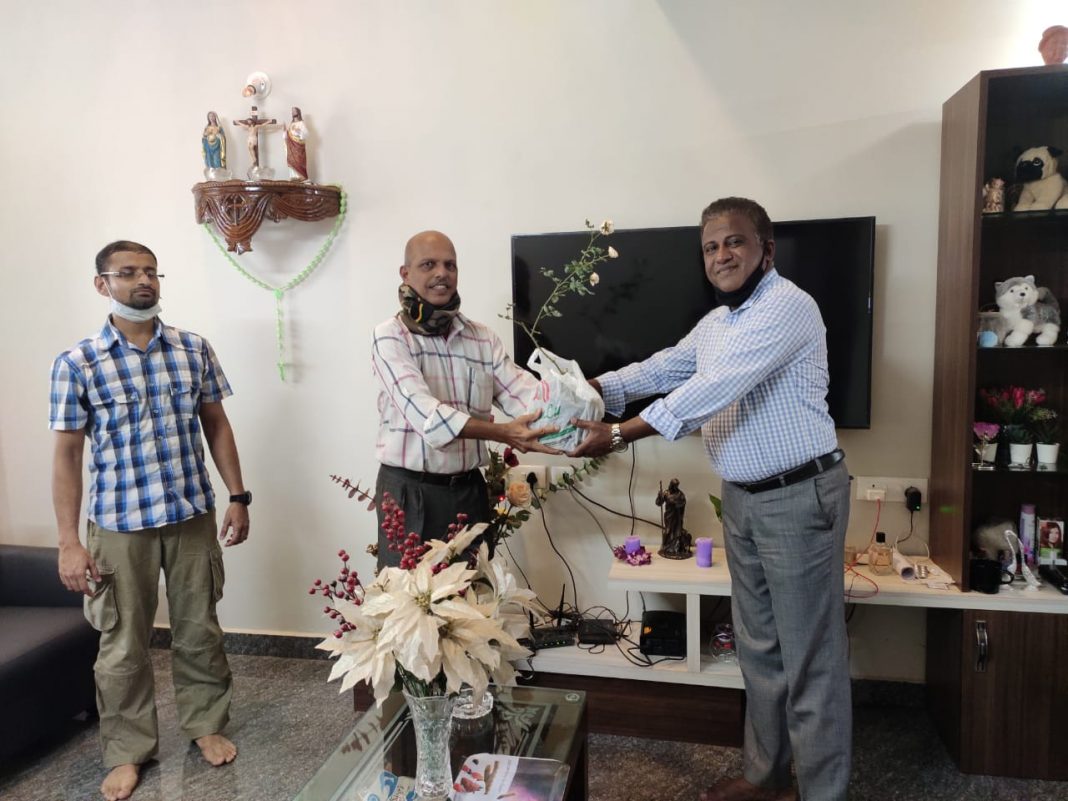 AAP General Secretary Pradeep Padgaonkar accompanied by party’s Panaji leader Michael Nunes visited Nazareth and conveyed the party’s appreciation of his role as President of the Goa Government Employees Association and in particular his role in the fight against the indiscriminate extensions in service granted to some select former employees.

Padgaonkar said that AAP had launched a tirade against repeated extensions in service granted to some ‘favourites’ of the government and it was the GGEA led by Nazareth that had also endorsed the party’s stand by launching the ‘mock felicitations’ of those enjoying extensions which shamed them ultimately resulting in forcing the government to stop the practice. “It was an appalling situation when at one time 162 government officers in different departments were enjoying repeated extensions by catching hold of politicians. We had noted that Nazareth had aggressively taken up the issue too. He has many credits to his name as the General Secretary as well as the President of the Government Employees Association. In appreciation, our Convenor Elvis Gomes said, Nazareth deserved to be felicitated” said Padgaonkar further stating that it was a symbolic gesture to appreciate those government employees who selflessly work for the people