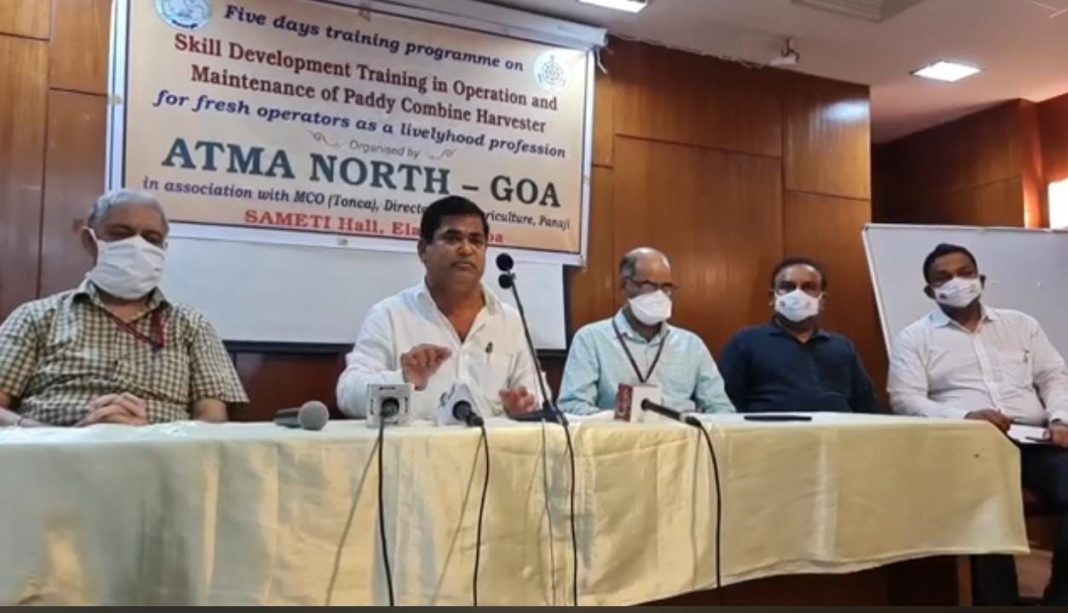 Panaji: Agriculture Minister Chandrakant (Babu) Kavlekar while speaking about the Pradhan Mantri Kissan Sanmaan Nidhi said that the aim of our department is to make these benefits available to the farmers under this scheme. This comes after a joint meeting held by the Agriculture minister and Post Master general, who collectively worked to provide benefits of this scheme.
Present for the meeting were Agriculture Minister, Babu Kavlekar, Agriculture secretary Kuldeep Sengar, director and other dignitaries.
“We have identified thirty-eight thousand farmers in Goa out of which twenty-one thousand are eligible to apply under this scheme,” said Kavelekar.
Kavelkar further informed that through pulicizing this scheme ten thousand farmers were encouraged to apply for benefits under this scheme. “Rest eleven thousand should also benefit, we have set up a team which will reach these farmers and open an account for them,” he added.
Speaking about the funds of the scheme Kavlekar said, “the centre has allotted nine lakh crores for this scheme. Under this scheme the framer’s account can be opened with zero balance and he can use it for saving money as well, hence he has two fold benefits. The post office will work hand in hand as they have a network all over Goa, they will help in opening accounts of Farmers under this scheme.”
Share
Facebook
Twitter
WhatsApp
Linkedin
ReddIt
Email
Print
Telegram