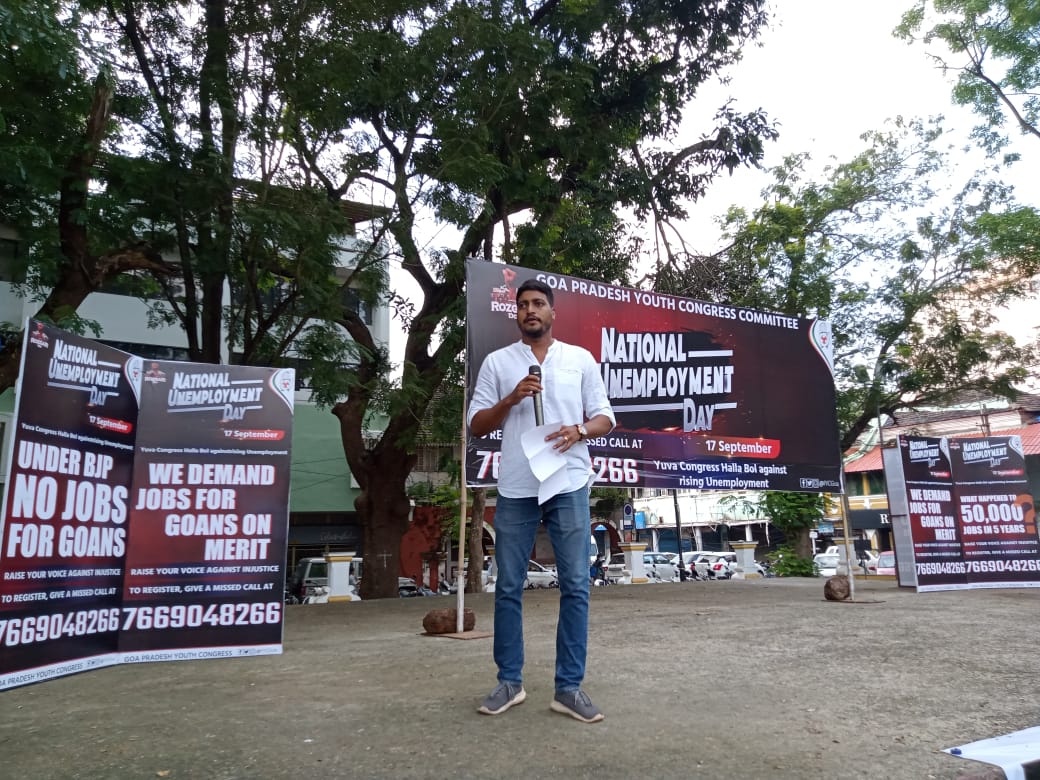 “When BJP formed government at the centre they promised two crore jobs per year as of today they owe Indians fourteen crore jobs but in reality we did not even receive fourteen lakh jobs,” lamented Mardolakar

Mardolkar recalled that even the Goa Government had promised fifty thousand jobs but even this promise remains unfulfilled.
Samil Volvoikar slammed  the Government of Goa alleging that the BJP government is turning a blind eye towards unemployment , “It looks like they are not serious about solving employment issues, Every time election nears, Govt assures employment, this is nothing but a carrot and stick approach,” he said.
- Advertisement -

Previous article108 new infections, one died  due to covid-19 in Goa on Friday
Next articleTwo day long Goa Session on October 18-19