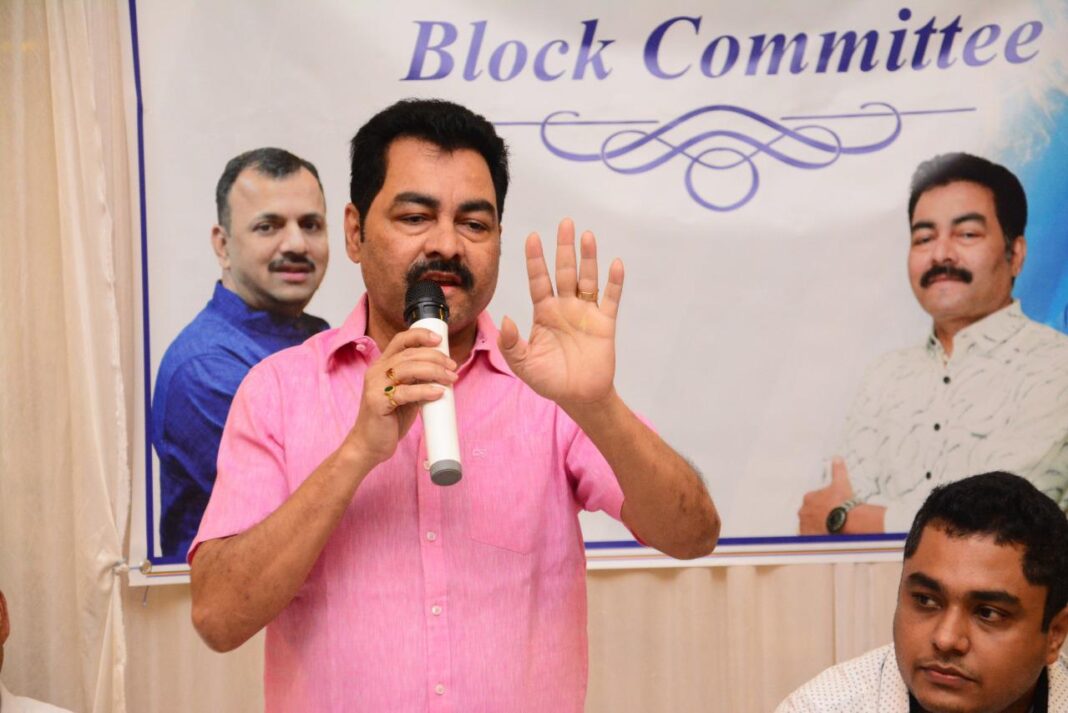 Goa Forward working President Kiran Kandolkar said that “Chief Minister Pramod Sawant along with local MLA Glen Ticklo has hatched a plan to transport and stack coal at Aldona Jetty.” Kandolkar said that he has learnt from his sources within the government that the Aldona jetty expansion plan is part of government plan to allow coal transportation in the state. “I won’t allow coal to be brought into Aldona at any cost,” said Kiran Kandolkar.

Further, the GFP working President said that he is keeping a close watch on the file movement which has been going on for the last 6 months. “I won’t allow Aldona to be a coal hub. Aldona is gifted with nature and our people rely on it for farming and agriculture. Having a coal hub in Aldona would affect the public health of all those staying in and around the area. This BJP Govt led by Pramod Sawant has become the agent for Adani and Jindal, and the Chief Minister and his MLAs will do anything for them, said Kiran.

Kandolkar highlighted that Inland waterways in the state will be used for transportation of coal and Govt of Goa has given its approval under the sagarmala project. Earlier local MLA Glen Ticklo had said that he is taking up these jetties for repairs so that people could be ferried to Panaji from there. He pointed out “This is a conspiracy hatched against Aldonkars. Transportation and stacking of coal at Aldona jetty would be disastrous not only for Aldona but also to the surrounding areas,” said Kiran.

Kiran boldly said that he would challenge the current Aldona MLA to provide a written affidavit to the people of Aldona that, at no cost he would allow coal handling and transportation at the Aldona jetty. Kandolkar said “We have seen how mormugao has been slowly turned into coal hub by the BJP Govt which has destroyed the city and the environment which have resulted with locals suffering with lung related ailments.

Kandolkar said “On one side the Govt is celebrating Goa’s 60th year of liberation and on other side Pramod Sawant is turning Goa as colony for Adani and Jindal. I will be writing to the Captain of Ports asking him not to sign on
any permission or clear any file with regards to coal transportation and handling at the Aldona Jetty.” Kandolkar further appealed to all Aldonkars and Goans to remain vigilant saying “we will launch a bigger public movement against coal in Aldona, if the Govt goes ahead with the coal transportation and handling at the jetty.

Kandolkar concluded saying “Our Party President Vijai Sardesai has already moved a private member resolution opposing the coal transportation and coal handling in the state in the upcoming assembly session, and I will brief him about the government’s latest plan with regards to Aldona jetty.