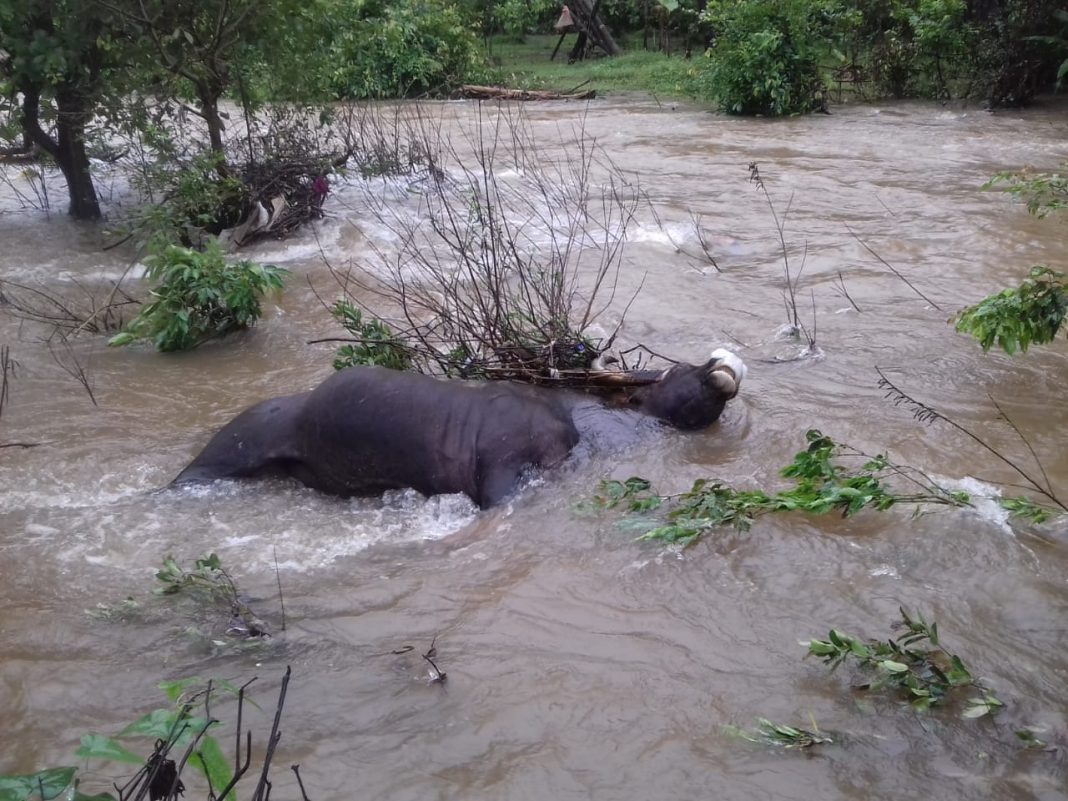 Valpoi: A wild bison died while crossing the river at Mauxi village on Sunday late night. The Mauxi villagers saw the dead bison in village river on Monday evening and immediately villagers have informed the Valpoi Forest Department. 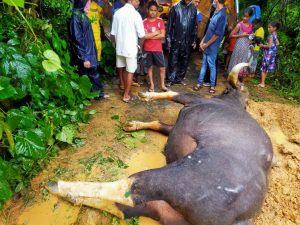 The officials from the Valpoi Forest Department along with the Veterinary Department offocials have visited and inspected the site. 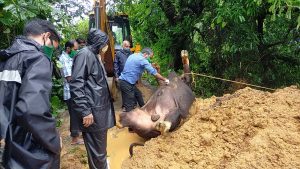 The veterinary department officials have conducted the postportem of dead bison.

After postportem the Forest Department have buried the body of dead bison. 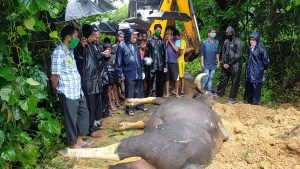 Since last two days there is heavy rainfall in the state. Due to the heavy rainfall over village river is over flowing with water and while crossing the river, the bison might be drowned in river said a villager Devidas Gaonkar.