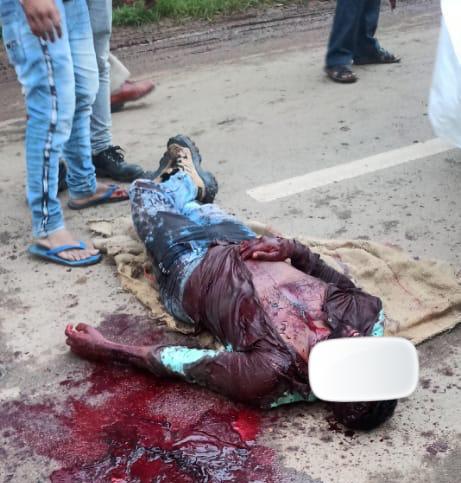 Karnataka: It was a news that would certainly make a front page tomorrow as the brutally attacked corpse of notorious gangster Tiger Anwar alias Anwar Shaikh was flashed all across on various social media groups.

The notorious criminal was out on the bail and had travelled to his native place at Suvannur in Karnataka where he was axed to death. Sources stated that Anwar was troubling a family at his native place since long, due to which, he was on the hit list.

What exactly transpired on Sunday is yet to be known but sources stated that one of the man, from the family that was facing trouble from Anwar, hit him in the middle of the road with the axe.

Videos of Anwar lying in a pool of blood are being circulated on social media. It is clear that he died on the spot as his neck and head was badly smashed.

Karnataka police have already contacted Fatorda Police as a part of the investigation.