When dogs were left to starve, here comes a good Samaritan 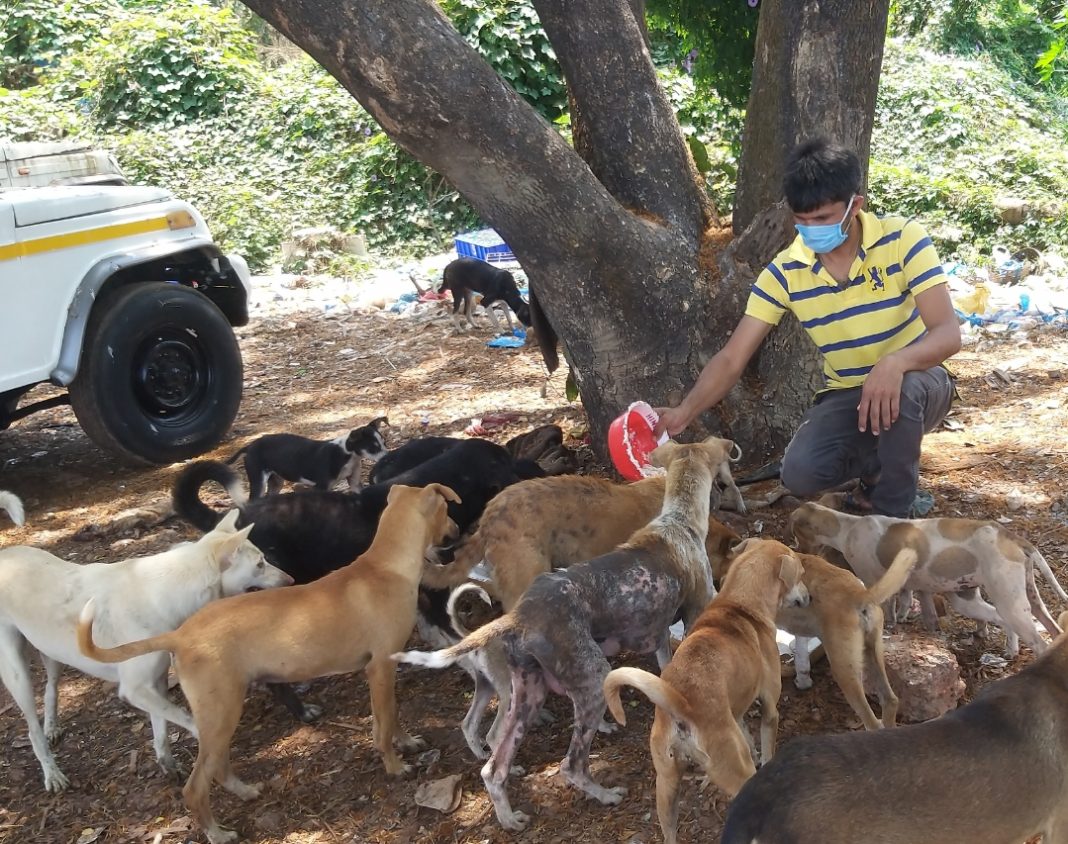 Panaji: The 21-day-long lockdown has come as a toughest time for the stray dogs who are left without any food, hungry on the streets. Netravali-based social activist Amit Naik with the help of some donors have began feeding them. 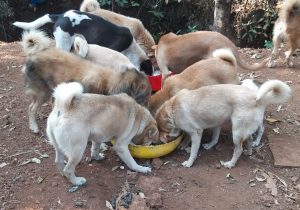 Amit has been travelling all along the South Goa right from Netravali to Margao and even to parts like Sanvordem with cooked rice feeding them.

He started feeding them from day one, when he realized that the street dogs who are dependents on left our of people and restaurants or markets would be left hungry. 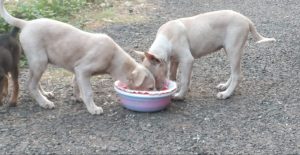 During his journey, he was stopped by police several time, some police officers asked hundreds of question, but many cooperated and helped him in his work. 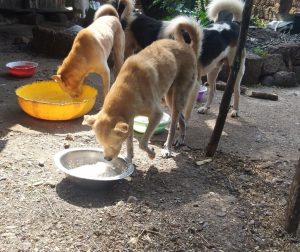 In one of the instance, in Margao, when he was feeding food to dogs, three homeless hungry men approached him for the food. This indicates the situation on the ground. 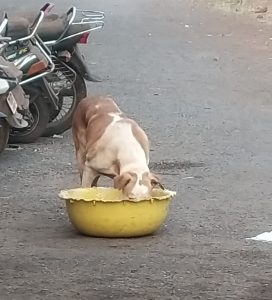 Amit has been helped by many with small donations to buy rice which he cooks at his home and then moves out in the curfew to feed the canines.

We salute Amit for his large heartedness!

Previous articlePharma companies’ employees raise worry over safety, genuinty of work during lockdown
Next articleHow Goans are helping the lockdown