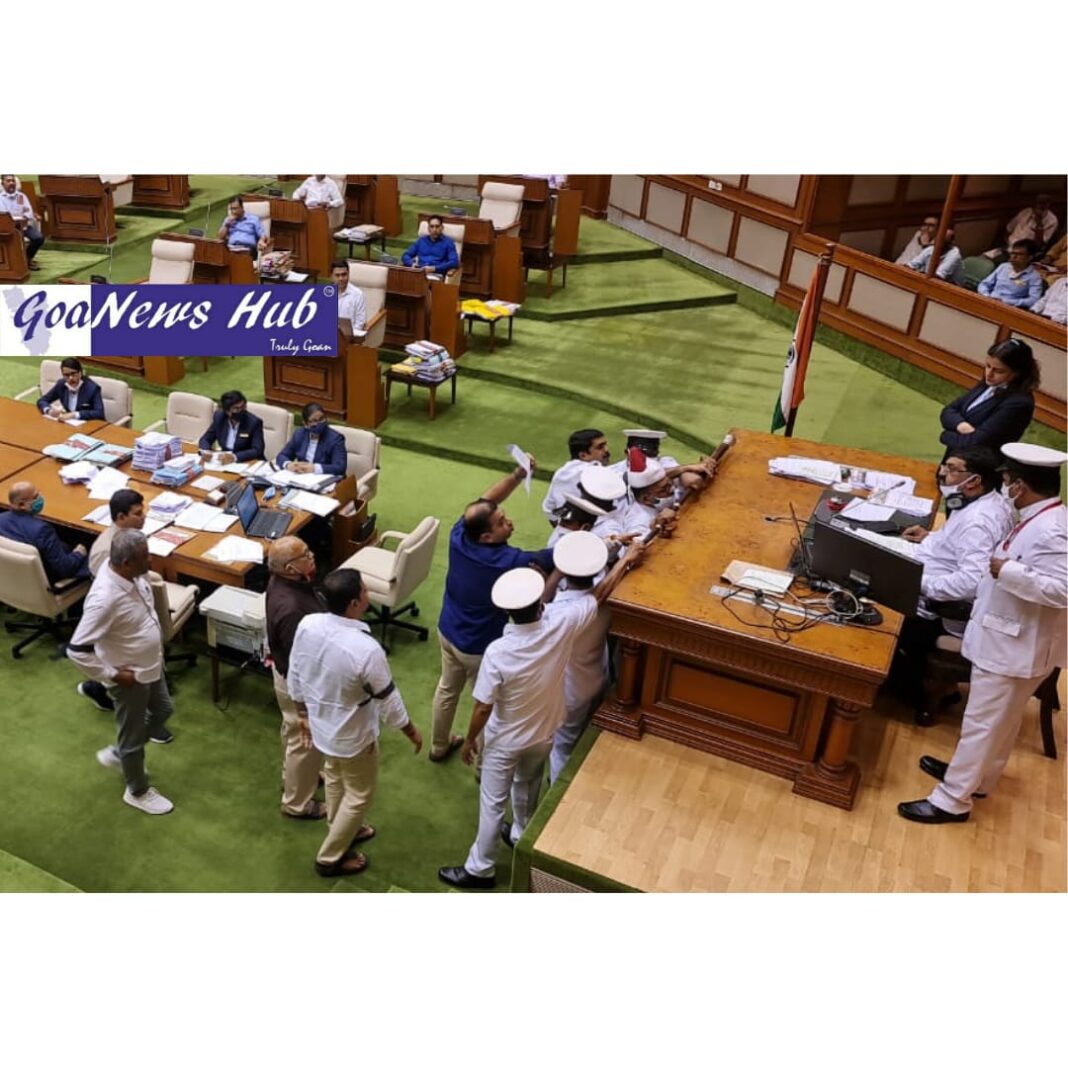 Panaji : The Goa State Legislative Assembly passed the ‘Bhumiputra Adhikarini Bill, 2021’ in its 3 day assembly session held in the month of July 2021. The bill states- anyone living in the state for 30 years or more will be ‘Bhumiputra also known as, the son of the soil’ and it will entail such a person the right to own his or her ‘small dwelling unit’ if the  ownership was undetermined.

‘Statement of Objects and Reasons’ of the Bill, introduced in the house , states that “The Bill provides for a mechanism to give ownership right to the self-occupied dweller of a small housing unit to enable him to live with dignity and self-respect and exercise his right to life.”

CM Pramod Sawant has asserted that the objective of the bill was to enable the ‘mool Goenkar ’ to live with respect. Addressing the House, he stated, “In the last so many years there have been cases of houses built by a person or his parents but the land is not in his name. Such person is always living under a constant threat that someone will file a case against them (over ownership). The land is of different types like ancestral property, communidade property, panchayat land. Everyone had wished for the house that they lived in, their generations lived in, to be theirs.” He said there were several such cases in rural areas including Sattari, Sanguem and Pernem. “Fellow citizens of Goa have been awaiting this bill. They built houses but sadly the land could never be theirs.”

The bill makes provision for constituting a committee consisting of the Deputy Collector as its Chairperson, and officials from the departments of Town and Country Planning, Forest and Environment , and Mamlatdars of respective talukas as its members.

The said claimant who wants to avail the benefits under this bill can apply to the committee if his house has been built before the cut-off date. The committee will look into his application and invite objections within 30 days, including from the land owner which could also be a local body, and then take a decision of granting ownership to the Bhumiputra.

Once the claimant has been recognized as a ‘Bhumiputra’ who owns a dwelling unit a payment of an amount equivalent to the value of land calculated at the market rate has to be paid by him.

Why is the Opposition unhappy with the bill ?

As this bill along with other 10 bills was getting passed 12 Opposition MLAs walked out on the last day of the three-day Assembly session in protest. The Leader of opposition Digambar Kamat has alleged that the government requires them to give the draft bill 48 hours prior to the introduction of the bill in the house. He claimed that this procedure was not followed and hence MLAs did not get the requisite time to thoroughly read the draft bill. “The bill was bulldozed along with other bills in the house without any debate” he said.

GAKUVED, Goa Forward Party, Goa Congress have also vehemently opposed this bill by submitting a memorandum to Governor of Goa His Excellency P.S. Sreedharan Pillai with whom the bill is pending for an assent.
The Chaiman of Legal Cell of Goa Congress Adv Carlos Ferreira writes
“The very essence of bhumiputra stands defeated by its definition and is an assault on every honest citizen living in Goa and Goans at large. As per this definition , this bhumiputra needs to reside anywhere in Goa for the last 30 years but should have constructed the illegal house by encroachment before 1st April 2019 which means even an encroacher who is not on the land for 30 years or more, will qualify!!”
“This Legislation gives license to grab properties – unheard of anywhere in the world – which means the dishonest citizens are rewarded whilst the honest citizens stand punished”.
The Bill has been opposed even by BJP leader and Former Minister Ramesh Tawadkar who said ” ‘Bhumiputra’ is a misnomer as the real Bhumiputra of #Goa are Gawada, Kunbi,  Dhangar & Velip. Identity of the these people is under threat if Bhumiputra word is used for the Bill”.
- Advertisement -

Previous articleWebinar by CMO on topic :  Career Opportunities in Hospitality, Retail & Events for Goan Youth
Next articleGoa to reintroduce controversial Bill during next Assembly session