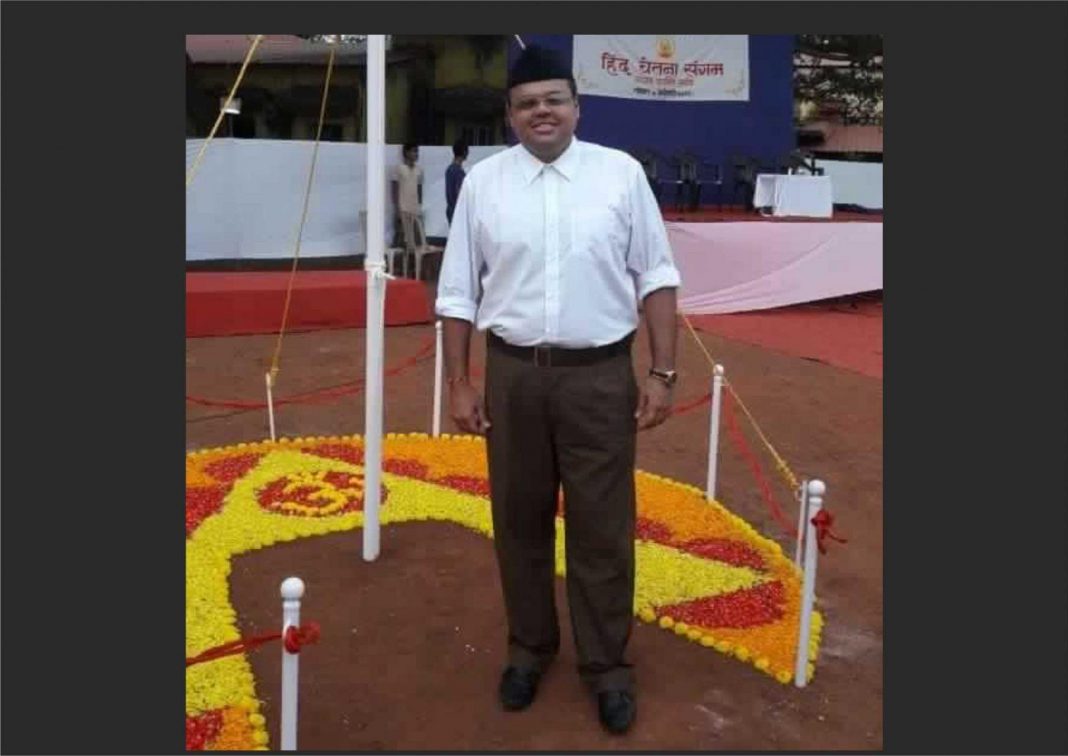 Panaji: The National Student’s Union of India (NSUI) has objected to the RSS-tagged person as Director of Students’ Welfare in Goa University.

“India is a democratic country and the democracy of the country is our pride. We expect the democratic values in student politics also and an important institution to maintain the democracy of India is the Election Commission of India,” NSUI has said in a memorandum given to Goa university’s Vice Chancellor.

“Today the Goa University has the Directorate of Student welfare also known as the DSW to manage the Goa University Student Council election, but we have reasons to believe that the Director ie. Mr. Dattesh Prabhu Palyekar has a background of being a close aide of the Bharatiya Janata Party and an RSS member,” it reads.

NSUI has said: We have attached photos of Mr. Palyekar with the National President of Bharatiya Janata Party and other National Leaders of the BJP.

“These photos raises eyebrows over the Goa University, and the NSUI strongly believes that free and fair elections cannot take place under Palyekar,” they have said.

“Therefore, we demand that Mr. Palyekar be relieved from his position  at the earliest,” NSUI said.