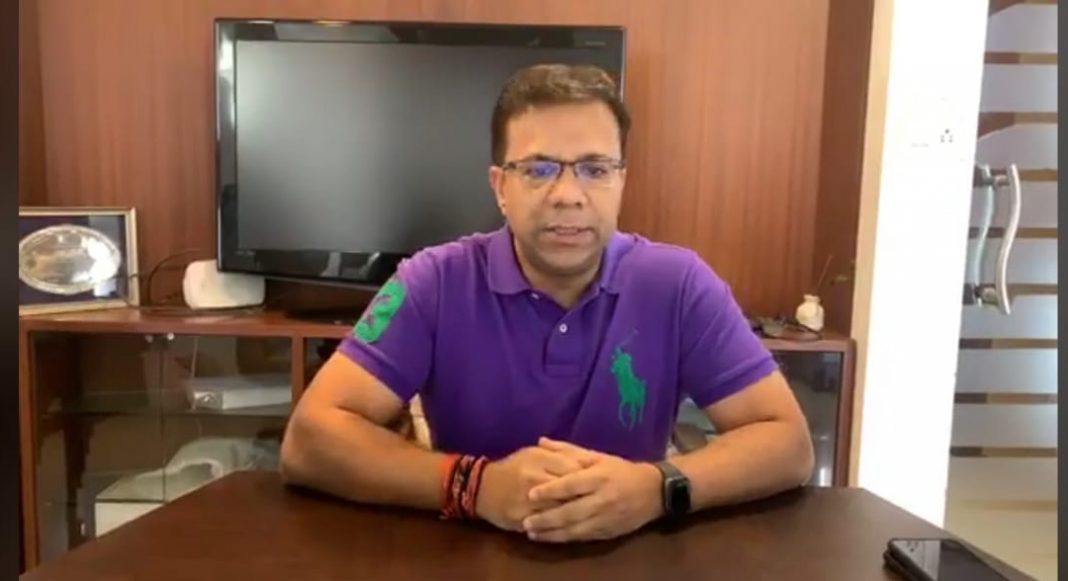 Panaji: In a video message, Health Minister and Valpoi MLA Vishwajit Rane on Friday took on Revolutionary Goans challenging them to speak only after getting elected in the elections.

He also accused the NGO of misguiding people of Sattari against upcoming IIT project at Guleli.

Rane called RG chief Manoj Parab as goonda, while cautioning  people of Sattari against such people who are dividing the communities.

He said that the IIT complex has been brought in the taluka to generate job opportunities.

Rane said that the people of Sattari has time and again posed faith in Pratapsingh Rane and him which will never be defeated.

He recalled that the developmental foresight of Senior Rane has resulted in construction of several bridges and young boys from Sattari getting exposure to the best education.

The minister said that people will not be carried away with the tactics of RG.