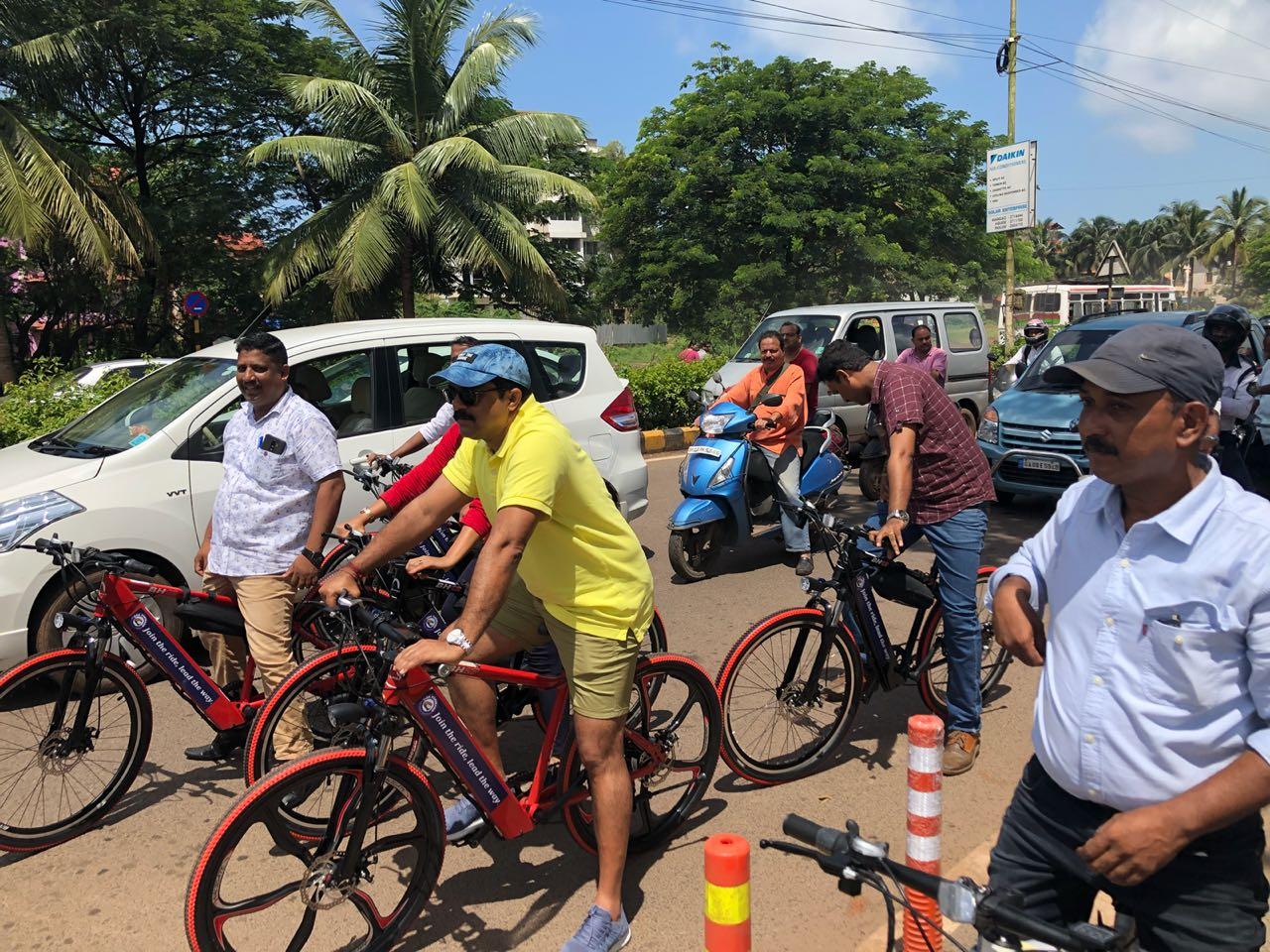 Sardesai who was seen cycling on the streets of Fatorda distributed these cycles.

He said that this is the first step towards promoting E-cycles in the State.

“E-cycle concept will help to reduce congestion and will built green energy,” he added.

Salman Khan’s Being Human Foundation has launched its first electric cycle, priced between Rs 40,000 to Rs 57,000.

The new Being Human Cycles was launched on world environment day and Salman Khan cycled from his residence in Bandra to Mehboob studios, where the cycle was officially unveiled.

Previous articleCongress in Goa not to be part of nation-wide bandh
Next articleEco-friendly Chovoth: Goa Forward Party’s Ponda unit not to install banners