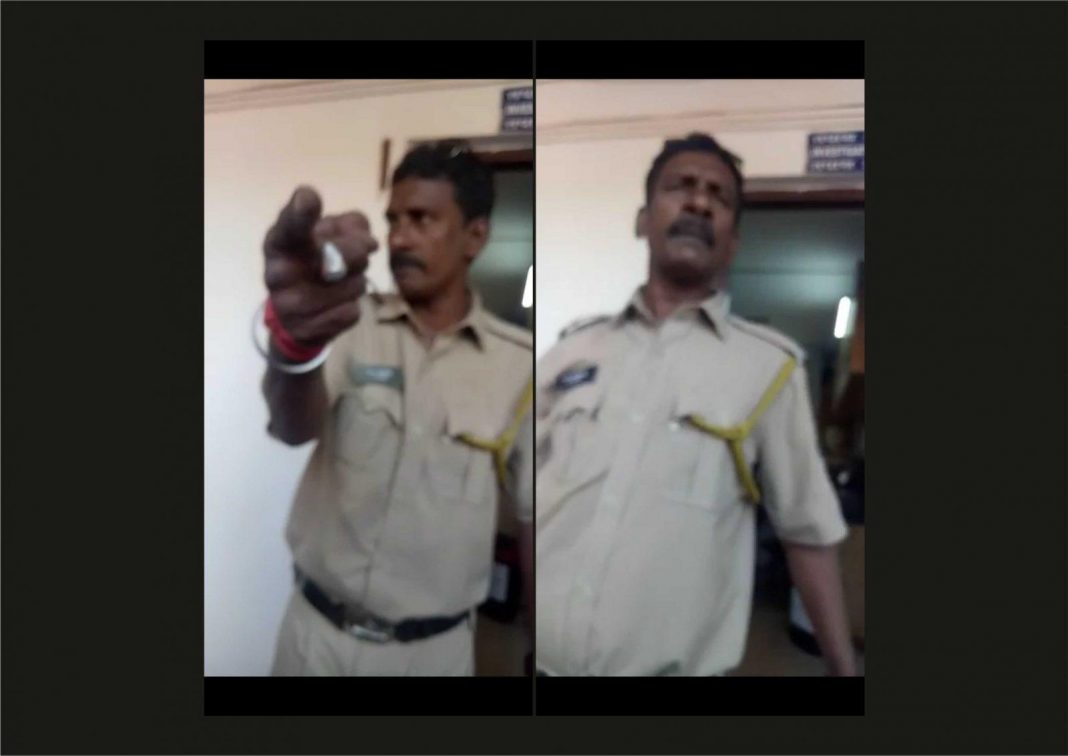 Porvorim: The visuals of a policemen who is allegedly drunk and abusing people outside North Goa Superitendent of Police’s Office has surfaced.

Activist Ashley Noronha who has captured these visuals said that the policemen who is attached to North SP’s office was apparently drunk and extremely abusive.

The video shows the policeman in uniform questioning the NGO representative. “Who are you. Who are you,” he is heard screaming.

The visuals were shot this morning when Ashley was on his routine visit to Porvorim Police Station.

Previous articleState will soon have its own ‘Goa Orchid’: Vijai Sardesai
Next articleMining dependents get aggressive, to protest against all three MPs