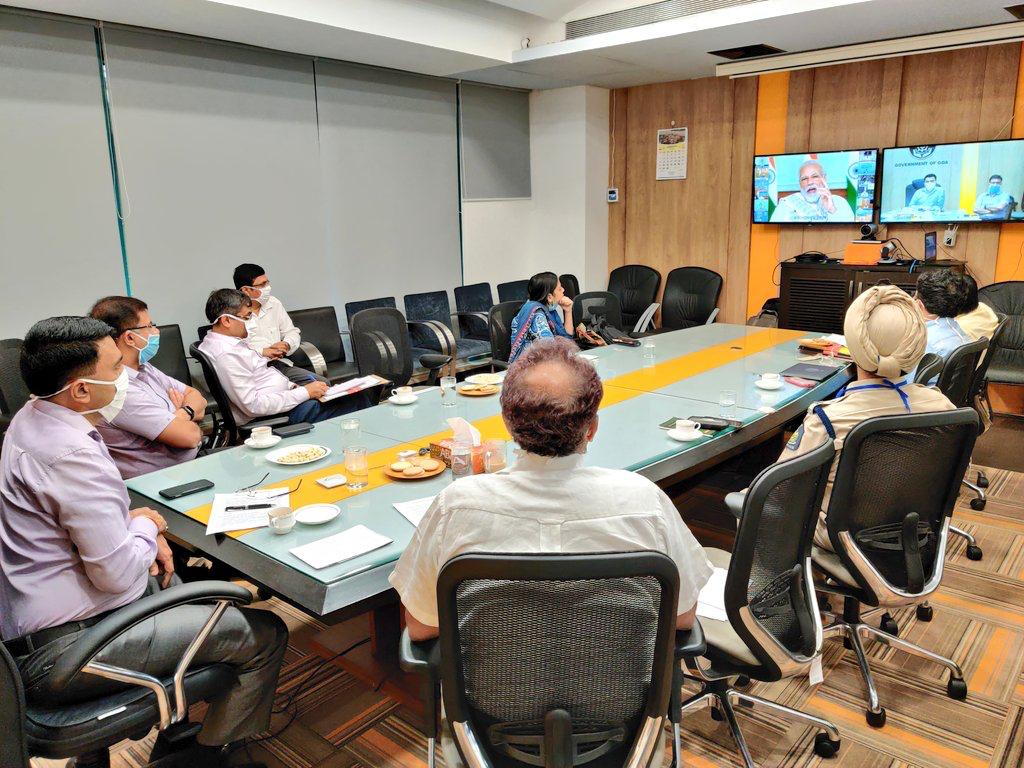 Porvorim: Chief Minister Pramod Sawant on Tuesday briefed Prime Minister Narendra Modi about the economic activities taken up by the state amidst COVID-19 crisis, while insisting that resumption of mining activity will boost the state’s economy further.

Talking to reporters after attending the video conferencing with the Prime Minister, Sawant said that during the interaction he has given idea about economic activity undertaken by the state.

“Except hospitality industry all others are working full fledged,” he said.

Sawant said that the state  raised the issue of iron ore mining before the Prime Minister. “We requested him to help resumption in the mining to boost the economic activity,” he said.

The chief minister said that there should be reforms in mining sector which is required to boost the economy.

“We have also sought compensation in GST,” he added.

Sawant said that there are 507 active till date in the state and the state has zero mortality rate.

He said that  95 per cent of our cases in the State are asymptomatic, which are shifted to covid care centres Shiroda, Calangute, Colva (North Goa) MPT hospital (South Goa).

He also said that three stadiums would be converted into covidcare centres including one at Navelim, Shama Prasad Mukherjee stadium near panaji and another one at Pernem.

“The female patients would be kept at Navelim stadium and male at Shama Prasad Mukherjee stadium,” he said.

Sawant said that till now there were two containment zones one at Mangor Hill (South Goa) and Morlem (North Goa). “But considering the number of cases, we will also notify Baina (in Vasco town) would be declared as a mini containment zone,” he said.

“Collector and health team has been working on creating mini containment zone. We want to concentrate on symptomatic patients from there so that we can focus on it,” he added.

The chief minister said that Goa’s testing capacity is around 2500 per day. “We are testing 29,000 per million which is highest in the country,” he said.

He said that three lakh people in the state have downloaded arogya sethu app. The app is now connected to police control room.

He said that we need to concentrate on education and awareness on the COVID-19. “We have been conducting maximum testing and tracing to curb spread of COVID-19. We have set up health infrastructure that is required,” he said.

Sawant said that state government has already asked for the financial package from the centre.