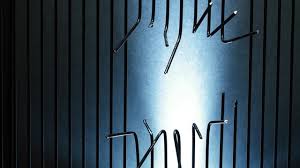 Margao: An under-trial in British national rape case in Goa fled from police custody on Friday when he was brought to the local court in Margao town from Central Jail at Colvale in North Goa.

Ramchandra Yellapa, 30, who was arrested in December, last year, for allegedly raping 42-year-old British woman at Canacona in South Goa escaped from police custody when he was being brought to produce before the Judge.

A senior police official confirmed that the accused ran away from court premises in Margao town though he was escorted by two policemen.

“The search is on to track down him before he crosses the state borders. He would be arrested soon,” he said.

Originally from Tamil Nadu, the accused was doing odd-jobs in goa when was arrested for raping British woman and fleeing away with her belongings near Palolem beach in Canacona village.

In December last year, the accused had raped the victim during wee hours when she was walking from Canacona railway station to her guest house.