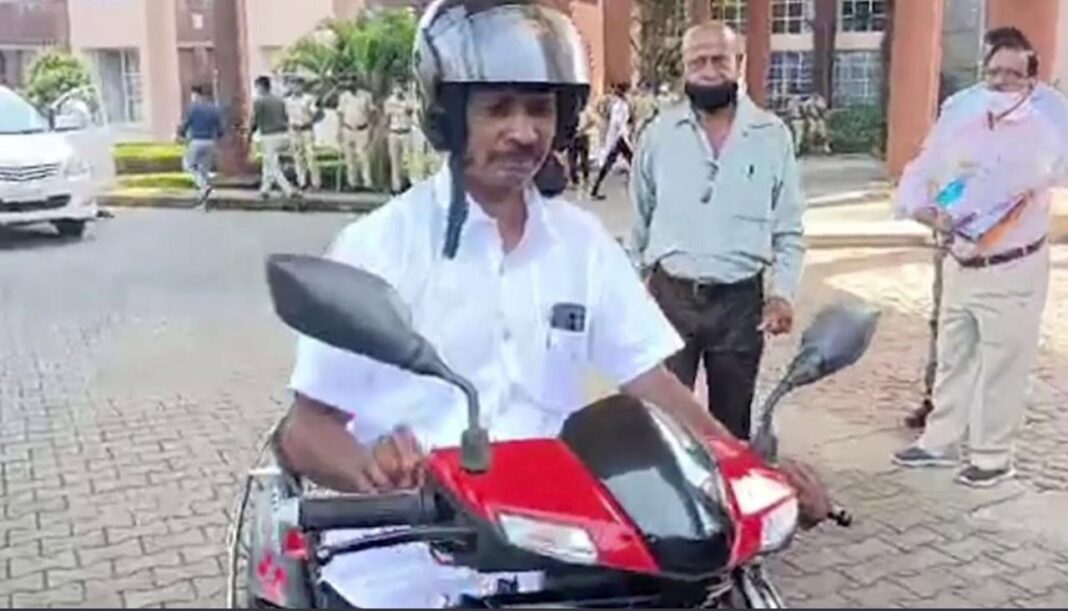 Panaji: A MLA-Elect being dropped by his friend on a bullet motorcycle and another MLA-Elect arriving on a two-wheeler were the highlights of the Assembly session that was summoned on Tuesday.

Governor P S Sreedharan Pillai on Tuesday had called for a special session of the Assembly to administer oath to all the 40 newly elected MLAs.

Viresh Borkar, a winning candidate from St Andre Assembly constituency in South Goa, was dropped on a bullet motorcycle by his mentor and his party supremo Manoj Parab. Borkar is the first MLA of Revolutionary Goans party to be elected to the House. Revolutionary Goans is the youngest political party which was formed six months prior to Goa elections.

Another highlight was Independent candidate Antonio Vas arriving on a two wheeler to the legislative assembly. Vas has defeated several established candidates including AAP’s Alina Saldanha to win in Cortalim assembly segment in South Goa.

When asked, Vas said that he wanted to avoid traffic jam on Zuari bridge, due to which he preferred two-wheeler to reach the Assembly in time.

Previous articleCM Pramod Sawant to visit Delhi today, hold meeting with party leaders
Next articleGovernor’s intervention sought that MLA’s with criminal cases are not made ministers