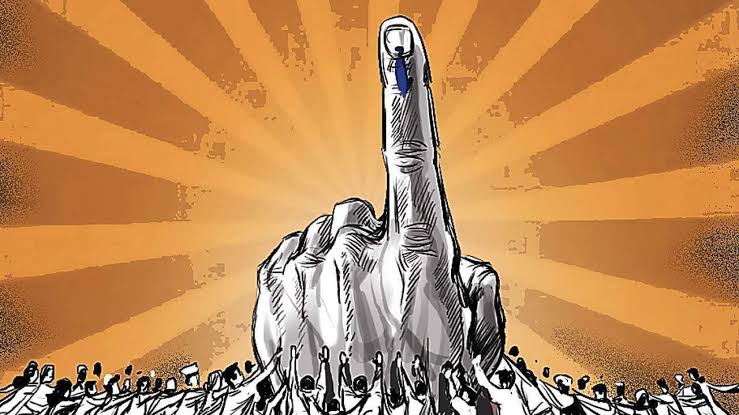 Panaji:  The results of Goa Legislative Assembly polls which were announced on Thursday has revealed that in nine constituencies there was a close finish with the winning candidate surpassing the rival with less than one thousand votes.

As per data uploaded on EC website, in two constituencies, the candidates won with less than hundred vote margins which includes the victory of chief minister Dr Pramod Sawant from his traditional Sanquelim assembly segment.

Ponda assembly segment witnessed a close fight between BJP candidate Ravi Naik and MGP candidate Dr Ketan Bhatikar. While initial results had announced Dr Bhatikar was the winner, the recounting of the votes turned the tables, announcing Naik as the winner with mere 77 votes.

Chief minister Dr Pramod Sawant, who initially trailed and later recovered during the second and third phase of counting, won against his rival, Congress candidate Dharmesh Saglani, by 666 votes in Sanquelim assembly constituency.

Sawant had admitted that the reduced margin is a cause of concern and he would introspect into it.

Another closely fought contest between BJP candidate Atanasio Monserratte and Independent candidate Utpal Parrikar also saw the former winning with 716 votes. Monserratte had said that he was not happy with the margin and had blamed BJP cadres for not accepting him in the party.

Speaker of Legislative assembly Rajesh Patnekar, who was BJP candidate from Bicholim Assembly segment, was defeated by 318 votes by Independent candidate Dr Chandrakant Shetye. After getting elected, Shetye gave support to BJP, immediately.