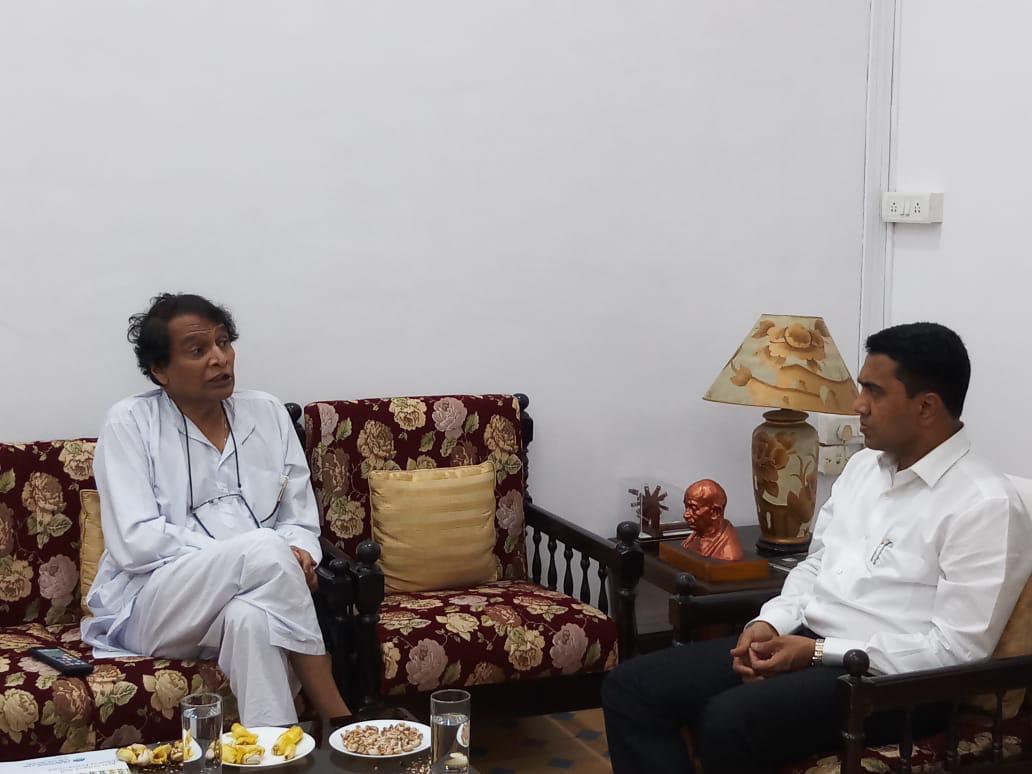 This is the first meeting between Prabhu and Sawant since the latter took over the reigns of the State after the untimely demise of then Chief Minister Manohar Parrikar.

Talking to reporters after the meeting with Prabhu, Sawant said that he would seek guidance of senior ministers including Nitin Gadkari and Suresh Prabhu on the front of revenue generation.

“During the meeting today, Prabhu assured me that the cooperation for the State will continue even in the future, the way, it used to be when Manohar Parrikar was the Chief Minister,” he said.

“NDA government will retain the power after May 23 results and Goa will continue to get the help and guidance from the centre,” the chief minister added.

Sawant said that he would consult senior ministers like Prabhu and Gadkari on the issue of generating revenue without hurting the pockets of common citizens in the State.

He said that Prabhu’s visit to him on Friday was a courtesy. “He inquired about Goa elections with me and also said that all the issues of Goa would be solved on priority once NDA government regains power,” Sawant said.

Previous articleGovernment is stable, we will complete the tenure and five more years: Pramod Sawant
Next articlePanaji election campaign ends