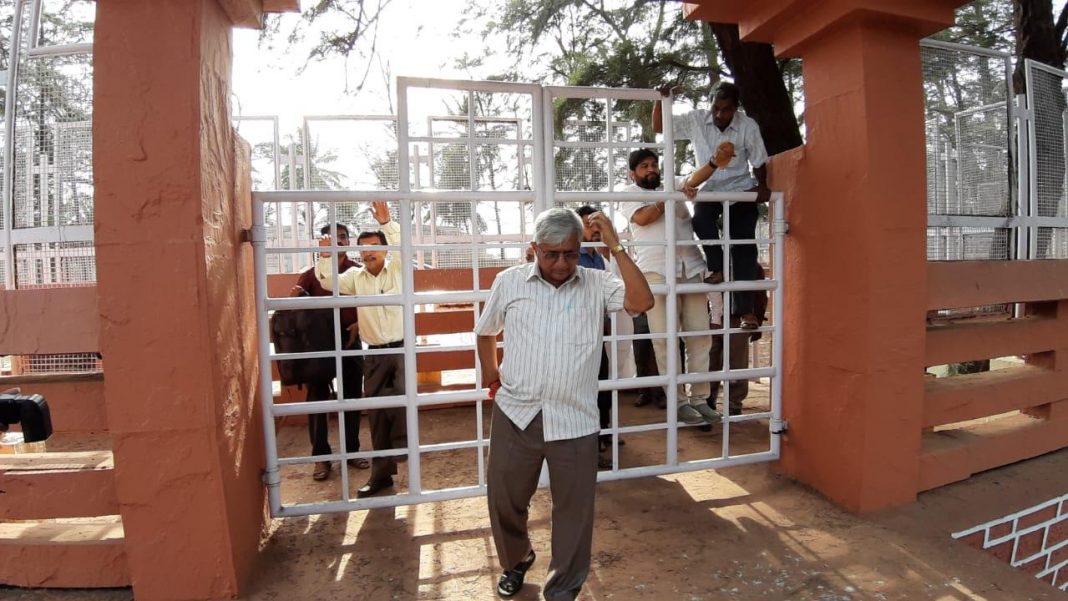 Panaji: Goa Suraksha Manch’s Panaji candidate Subhash Velingkar had to jump the main gate to reach to the  memorial of state’s first Chief Minister Dayanand Bandodkar at Miramar, where he paid homage before formally kicking off his campaign.

Velingkar told reporters that they had sought key of the memorial from Public Works department to clean it but they were refused. He said that the PWD official told them to get permission of Principal Chief Engineer Parsekar to get the key.

The GSM leader has said that once he is elected, he will ensure that keys of the memorial would be made available to common citizen within few minutes, if he wants to pay homage.

“The current government has kept Bandodkar in jail. We will free him,” he said.