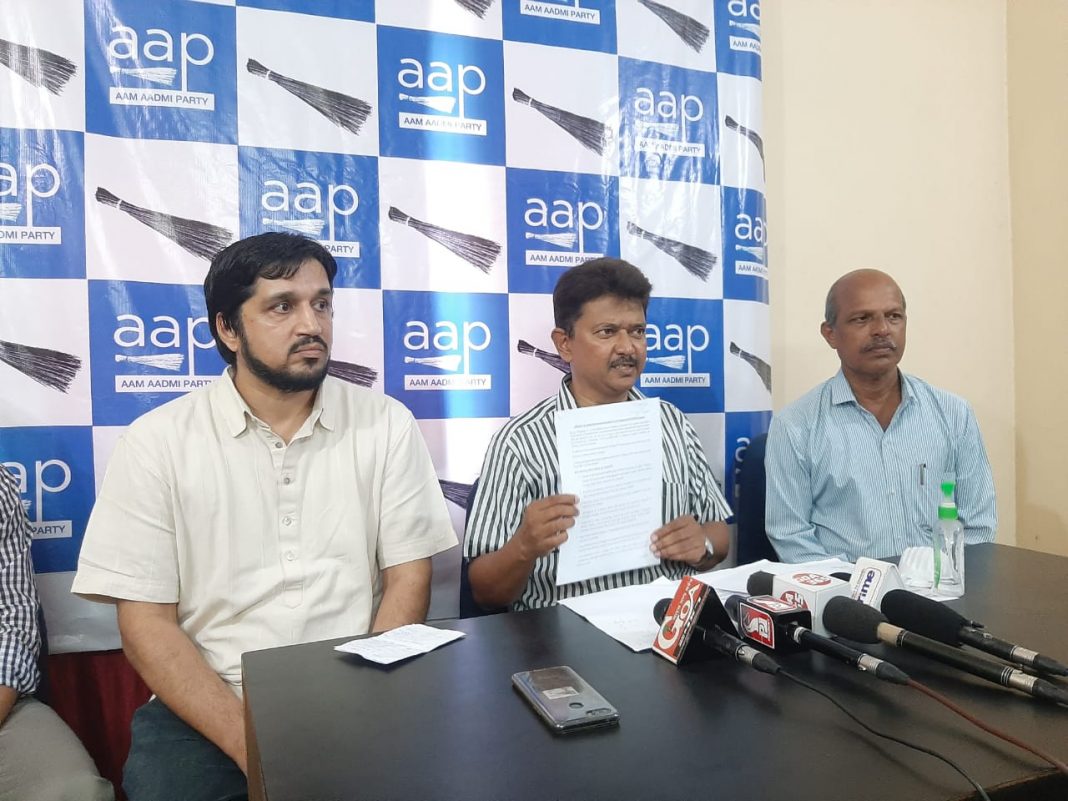 Aam Aadmi Party has accused the Election Commission of shying away from public gaze and doing everything within it’s control to help the BJP to win the elections by not creating a level playing field. Addressing media in the city, AAP said that there are several instances that go to show that the SEC was not being responsive and displaying traits of irresponsibility. Convenor Elvis Gomes showed copies of the letter written by the party to the SEC days ago calling upon it to dispel doubts about the conduct of elections and said that the SEC ought to have shown concern to safety of voters by dispelling doubts about the handling of polling to prevent community transmission (CT) of Corona Virus. He said that everyone was aware that BJP and Congress had created huge vote banks from across the borders that would be ferried into Goa just in time for voting thus aggravating the situation in the state with an incapable government claiming it can get hoaxed.

“We demand that the SEC and his team come before the media and state what measures will be put in place to give confidence to the voter about safety so that CT would be prevented and elections will be free and fair. Otherwise we fear that ignorance being bliss, it will be elections of a few ‘ bhakts’, by the ‘bhakts’ . If borders are not sealed , it will also be an election of voters from across the border who as usual are paid and likely come for elections increasing the risk to local population. Although CM is addressing meetings in closed halls throwing all caution to the wind, we chose not to do so as we place public health above these petty electoral politics. We also condemn arrest of the youth who questioned a minister for holding mass gatherings despite instructions to the contrary by the government itself ” said Gomes.

Citing more instances, Gomes informed that a delegation led by him had called upon the SEC and had sought copies of Election rolls which were not made available . He said that electoral rolls for ZP had not been uploaded on the website . When the question of voter slips was discussed, the SEC he said had claimed that there was no arrangement made to distribute them by the Commission but political parties or candidates could do it without name or symbol of the party. But he said that BJP has distributed slips with the party name showing sr. no., name , epic card no indicating that soft copy of the electoral rolls for ZP were already made available to them.

“ The Commission has failed to be fair. We are contesting for the first time the ZP elections against the backdrop of the Assembly and LS elections. When the CEC has done away with political parties issuing voter slips to prevent influence on the voters, the SEC has taken us backwards by allowing political parties to do it and that too in gross violation of the model code of conduct. We have demanded dismissal of the candidates who have issued these slips with party name and are waiting to see what the SEC does. We have even pointed out to a flood of banners and election material hanging everywhere in the state when we were told that only 3 banners are permitted. No action has yet been taken, except taking away a legally permitted one from the house of Raia Candidate of AAP. We request Presiding officers at booths to act with conscience and disallow use of slips for polling” said Gomes.

Gomes further went on to point out that the announcement of the election schedule by the SEC on 22nd February was made without making the reservations schedule available which showed that the government was still grappling with it at the time the SEC addressed the media. “ Just imagine. Elections are announced on 22nd Feb. Last date for nominations is 5th March. Last date for withdrawal is 7th March and date of polling is 22nd March, that is a mere 15 days until polling. Election rolls are not available online. Rolls in respect of only a few constituencies are made available initially. Is this called level playing field ?” asked Gomes

AAP General Secretary Pradeep Padgaonkar added. “Post retirement jobs in important institutions play havoc in the democratic rights of the common man in this country. SEC is autonomous and is expected to be. But Goa has been taken on a backward path when it comes to elections to local bodies. I call upon voters to stop this high handedness of the BJP by voting for AAP candidates ”