‘Stalwarts of The Tiatr Stage’, book to be released on October 25 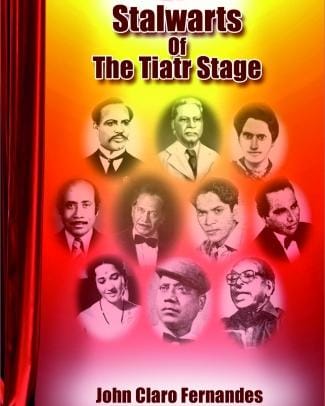 Panaji: Veteran tiatr artist John Claro Fernandes authored the book “Stalwarts of The Tiatr Stage” published by Omor Prokaxon, Candolim will be released on Sunday, October 25 at Salcete. MLA of Curtorim  Alexio Reginaldo Lourenco will be the chief guest and do the honours of releasing the book.
John Claro Fernandes has been a leading actor in Tiatr stage. He has contributed for the development of the Goan Tiatr  for the last 60 years. Till date, Fernandes has written, produced and directed 15 Tiatrs and staged them in Goa and Mumbai  among other places.