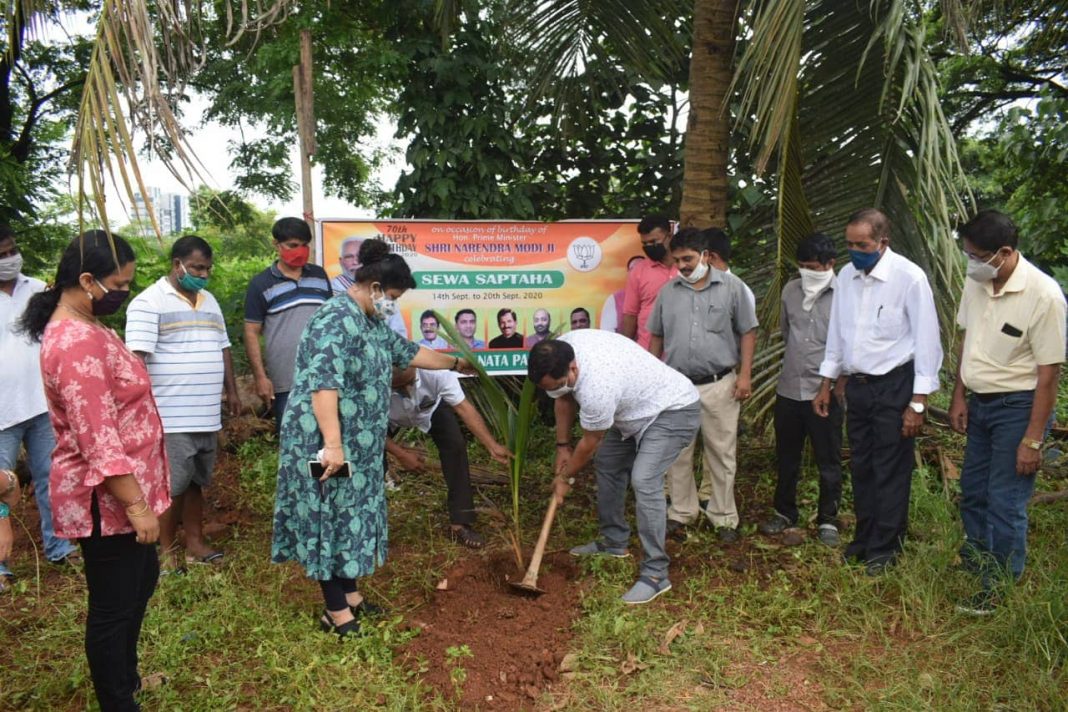 Panaji: Minister Mauvin Godinho along with Bharatiya Janata Party (BJP) workers on Tuesday planted saplings in Dabolim as part of the Sewa Saptah, a weeklong national campaign by BJP to commemorate the 70thbirthday of Prime Minister Narendra Modi. 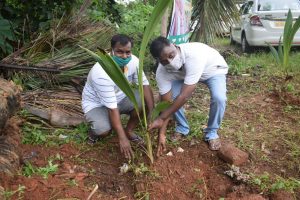 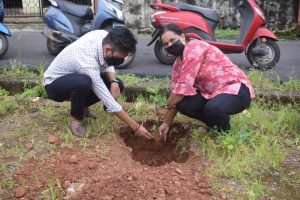 Goa BJP president Sadanand Shet Tanavde had earlier tweeted on the same stating that various services and activities will be undertaken on booth, district and state level during this Sewa Saptah campaign.

Ji on 17th September, @BJP4Goa will conduct #SewaSaptah campaign from 14th to 20th September. Various sewas, services and activities will be organised during this period at Booth, Mandal, District and State level,” Tanavde tweeted. 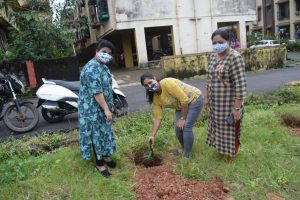 Tanavde also shared a poster which informed about the activities to be carried out during this national campaign. Presentation of artificial limbs and other equipments to 70 DIVYANGS in every Mandal, distribution of 70 spectacles and fruits in 70 hospitals and poor colonies, donation of plasma to 70 COVID-19 patients, plantation of saplings and cleanliness drive are among the various activities to be undertaken across the country as well as in Goa.

70 virtual conferences on the life and mission of PM Modi through webinars to be addressed by prominent social workers and intellectuals, it stated.