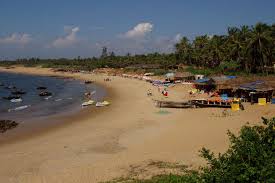 At the Calangute beach, a family of three, from Andhara Pradesh settled themselves onto a spot on the shore. While the father went for a swim in the water, the mother was enjoying the scenic beauty of the sea while their seven-year old boy was playing around the area. After a while, at about 16:45hrs, the mother realised her child was not around her and began panicking, while shouting out for help. They approached the lifesaver’s tower for help.

Drishti lifesaver Mahadev and Ankush immediately carried out a search operation with the aid of the lifesaver’s jeep while announcing about the missing boy. The boy was found after a long search, playing soundly on the shore quite a distance away from where his parents were seated. He was taken from the spot and reunited with his family.

Since the start of 2021 there have been eight cases of missing children reported at the beach, where Drishti lifesavers have conducted search operations and reunited them with their families.