Sardesai to take up mining resumption issue with Suresh Prabhu 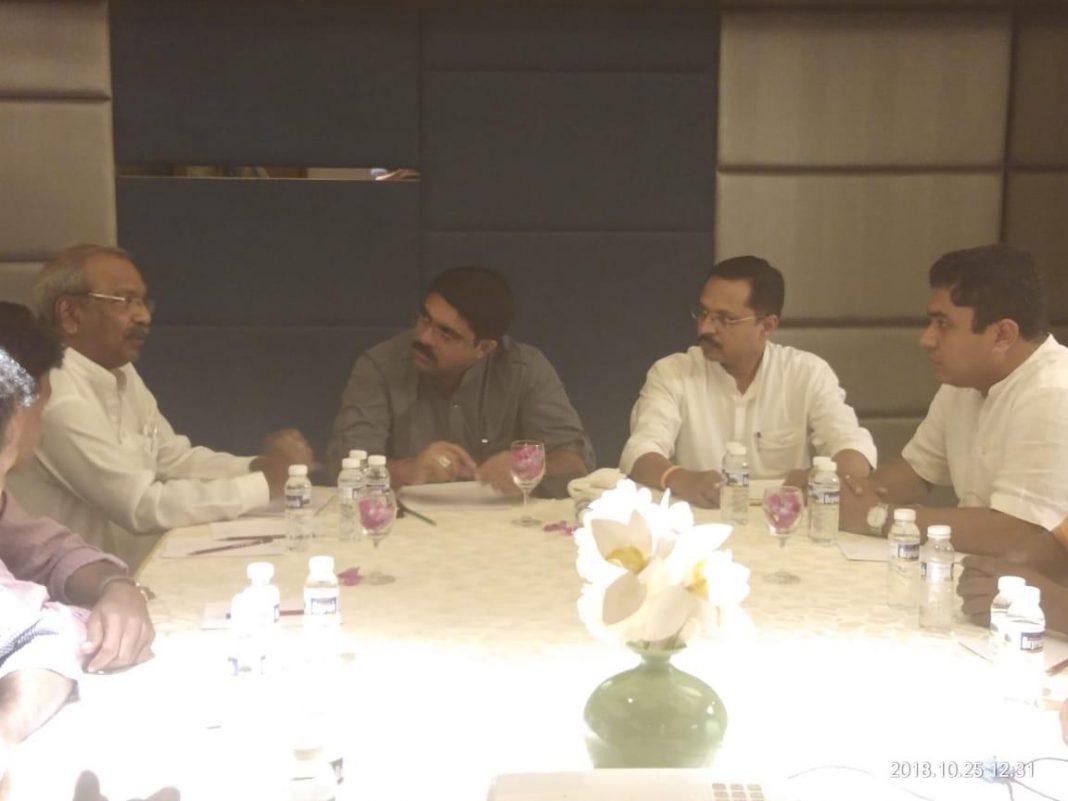 Old Goa:  Goa Forward Party President Vijai Sardesai has said that the issue about resumption of mining in Goa would be taken up with Union Commerce Minister Suresh Prabhu, who is also a member on group of ministers on mining constituted by Modi government.

Sardesai told a delegation of Goa Mining People’s Front led by union leader Puti Gaonkar that he would be visiting Delhi soon when he will be meeting Prabhu.

“I will be going to Delhi that time I will meet Union Commerce Minister Suresh Prabhu, who is member of Group of Ministers. I will ask him to clear where the file is stuck. If required  I will call the mining dependents to Delhi,” he said.

State government has said that they have urged the Union government to pass an Ordinance in the Parliament to amend existing Mining Law so that the iron ore leases in the State will get a fresh life.

Supreme Court in its verdict on February 07, 2018 had quashed 88 mining leases due to which the entire industry has come to standstill affecting around three lakh people who are dependent on it.

Sardesai recalled that he was the first cabinet minister who supported Ordinance as a solution to resume the mining industry.

“ If you want solution then we have to move an Ordinance in the Parliament,” he said.

The minister said that the State government will have to take the step for resumption of mining activity. “The Court (SC) might like it or not (the steps taken) but we assure to the people that we are with them. We should not play volleyball with them,” he said.