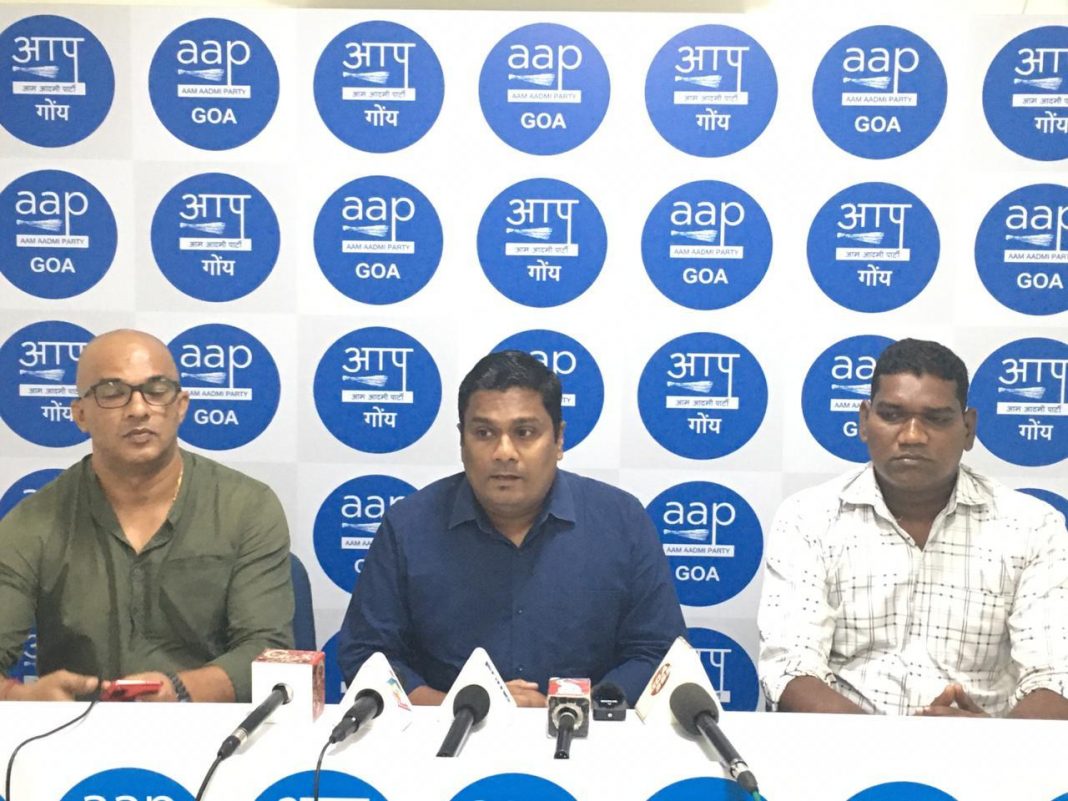 Panaji: Having failed miserably to provide any relief or benefit to Goans, Chief Minister Dr Pramod Sawant is now resorting to “fot, fotting and fottingponna” to continue to fool the people of Goa alleged Aam Aadmi Party (AAP) on Saturday.
AAP spokespersons Sandesh Telekar and Capt Venzy Viegas said Dr Pramod’s claim to sending Rs. 5000 directly to the account of each Goans bank account is an outright “lie” just as his leader Prime Minister Narendra Modi had said every Indian would get money in their account by bringing back Indian money stashed in foreign bank account.
Sandesh disclosed that none of the many people including media persons he contacted admitted to having received Rs. 5000 in their account. “I wonder whether Dr Pramod himself has received this amount as he is a citizen of Goa,” he said.
Sandesh challenged Dr Pramod to give the details of people who have been paid Rs. 5000 by naming the persons who received the amount, their account number in which it was transferred and the date of transfer.
“I am sure that Dr Pramod will shy from giving this information just like his cabinet colleague Nilesh Cabral and give the excuse of getting the information under Right to Information Act,” he said adding that the BJP leaders are only known to make lofty promises and tall claims without any substance in therm.
“Dr Pramod who failed to give anything new is only relying upon the schemes that were launched by his predecessors little realizing that many of them have been relegated to the deep freezer for months now,” said Capt Venzy.
Sandesh pointed out that the Laadli Laxmi scheme that was launched with much fanfare by former chief minister Manohar Parrikar has been in a state of limbo for the last two years, while senior citizens have not received the pension for months now, said Sandesh.
- Advertisement -