#ROSTOGOA campaign is creating ripples across the State 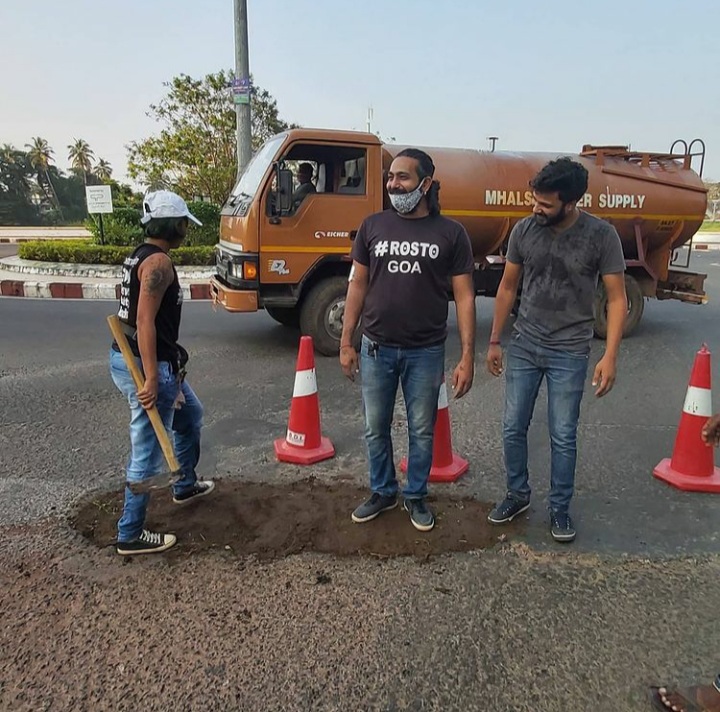 Panaji: Goa’s political activist Cecille Rodriguez is creating ripples across Goa through #ROSTOGOA campaign. Goans cannot have missed the #ROSTOGOA bright white markings on the road to make you aware about the potholes or speed breakers on the roads. This initiative is taken up by Cecille Rodrigues and her dedicated team who are concerned about the public safety of Goans.
Recently, she has submitted a report to the Taleigao Pachayat about the dilapidated condition of the roads. While the road is being dug up to carry out work, the marked potholes by the campaign are filled. Cecille along with Nine Stack and other team members have submitted a report to Taleigao panchayat and proposed the setting up of a Road Safety and Traffic Management Committee. 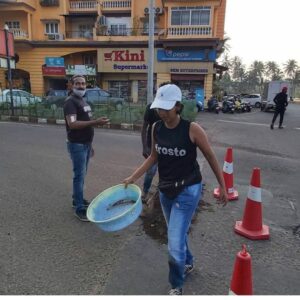 What’s more? The team has also got a Pinit App to trace potholes and other road problems in the village of Taleigao. The think-tank behind the #ROSTOGOA campaign is Cecille Rodriguez who has flagged hundreds of potholes and speed brakers across Goa.
Cecille Rodriguez under her leadership has created awareness among public to take care of roads at public level at the same time she also reminds the authorities that they need to do their job of looking after the roads effectively.