Rohan Khaunte to expedite completion of Multipurpose Ground at Succoro 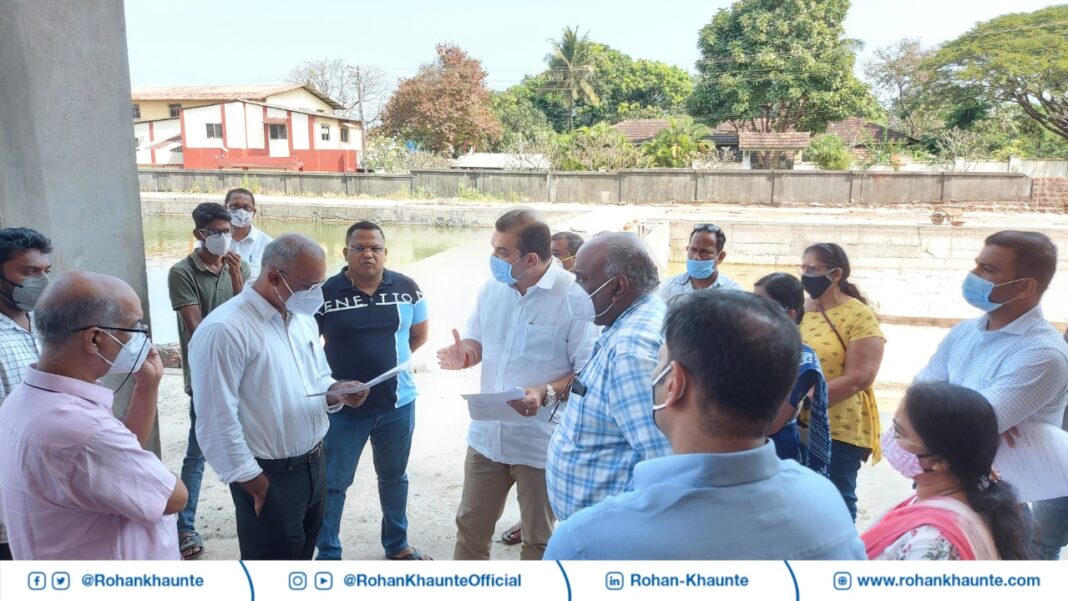 Porvorim: BJP leader and former Porvorim MLA Rohan Khaunte inspected the construction work of Multipurpose Ground at Succoro, which has been delayed since 2014.

Khaunte assured that the first phase of the project would be completed soon following direct intervention of CM Pramod Sawant.

While the Swimming Pool and Diving Pool would be completed in the first phase, remaining facilities shall be finalised in the next stage without further delays. The ambitious project has a Squash Court, Badminton Court, Billiards Room and other games. The concept of Gymkhana at this multipurpose ground will go a long way towards health development with facilities like jogging tracks, trekking events etc. Khaunte commented that “Succoro Multipurpose Ground forms part of inclusive development plans for Porvorim where people from all strata can come together as a healthy community,”

The project which was started in the year 2014 lost steam due to various reasons which will now be settled on priority basis. “Development picks pace when the MLA and Local Governing Bodies work together,” he said.

Khaunte said that while the first phase would be commissioned soon, the entire project is expected to be completed in the next 6 months. “We will ensure quick completion of the project so that the people can benefit from the amenities at the earliest.” Khaunte added that he would meet the CM and urge him to expedite the project.

Previous articleGoa’s COVID-19 positivity rate touches 26 per cent on Monday
Next articleCruise ship Cordelia sails back to Mumbai with all passengers, including those tested positive