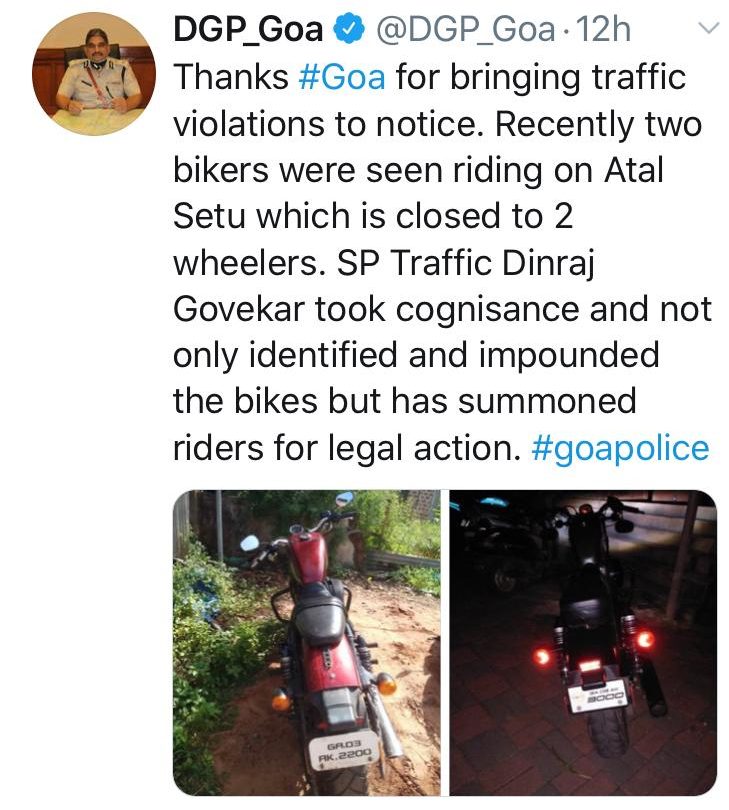 Panaji: Goa Police will summon choreographers Remo D’Souza and Salman Y Khan who were found violating the motor vehicle rules in the state of Goa, while bikes used by them are already impounded, a senior official said.

Both the choreographers had uploaded their video on Instagram while riding on Atal Setu bridge over River Mandovi in Panaji, last week. The actual date of incident was not revealed.

The bridge bans the entry of two-wheelers. The video had attracted criticism online with netizens demanding strict action against them for violating the Motor Vehicle Act.

Goa Police, who had begun search of both the two-wheelers seen in the video, has said that they have managed to track down the vehicles.

Remo D’Souza and Salman Y Khan would be summoned by Calangute Traffic Cell, which is investigating the case, a senior police officer said.

“Both of them are not in the state now. They will be issued summons to remain present before the investigating officer,” he said. 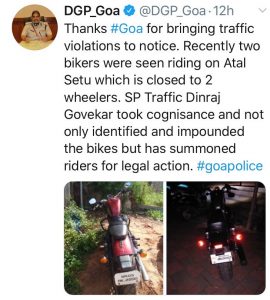 “Thanks #Goa for bringing traffic violations to notice. Recently two bikers were seen riding on Atal Setu which is closed to 2 wheelers. SP Traffic Dinraj Govekar took cognizance and not only identified and impounded the bikes but has summoned riders for legal action,” State Director General of Police Mukesh Kumar Meena tweeted.