Pandurang Madkaikar to make active comeback in Assembly on Friday 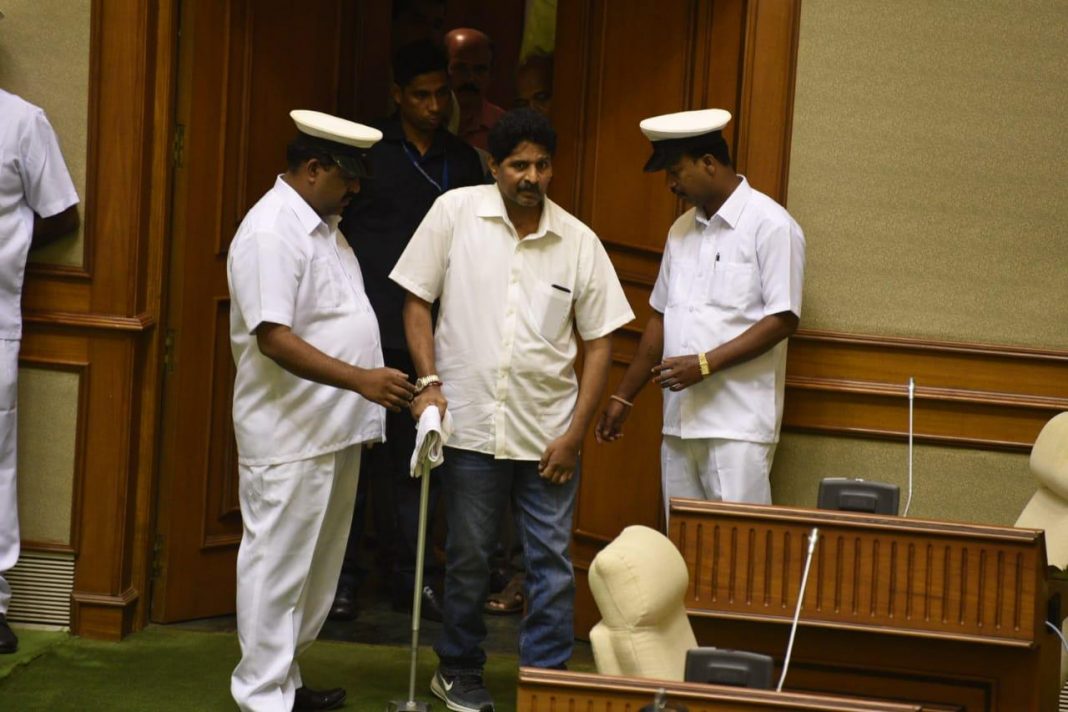 Porvorim: Almost a year after he suffered major brain stroke in Mumbai, Cumbharjua MLA Pandurang Madkaikar is going to make active come back in the Assembly tomorrow, July 26.
Madkaikar who has been ailing for long, and made his presence in the Assembly, only couple of times during the crucial time of voting, has moved a Calling Attention motion on the floor of the House.
As per the business listed for tomorrow, Madkaikar has moved a calling attention motion inviting attention of Minister for Science and Technology.
The calling attention motion mentions:  “Fear and anxiety in the minds of residents of Baiguinim and its surrounding areas, within the jurisdiction of Village Panchayat Se-Old Goa on the proposal of the Government to set up Solid Waste Management Plant at Baiguinium, Wherein the proposed site for the plant is not feasible, as presently there are many residential/commercial complexes including schools and famous world heritage site in the vicinity.. The measures Government intends to undertake to revoke the proposal”
On Sunday, Madkaikar had made his public appearance during a protest rally held at Old Goa against proposed garbage plant at Bainguinim.

Share
Facebook
Twitter
WhatsApp
Linkedin
ReddIt
Email
Print
Telegram
Previous articleAlemao wants Casinos to employ 80 per cent of its workers from Goa
Next articleChurchill Alemão says he does not understand Marathi, asks for translator in the House