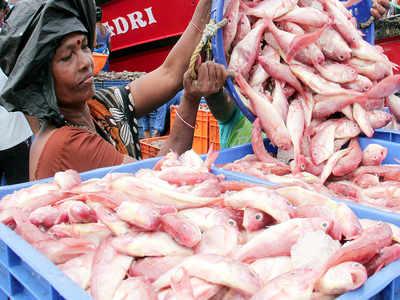 Panaji: Almost 1148 vehicles with fish entered Goa since August 4, when the ban on import of fish was lifted by the State government.

As per the information provided by Food and Drugs Administrative department (FDA), total 979 vehicles with fish entered Goa from Pollem check post in South Goa and another 169 from Patradevi in North Goa.

The 15-day long ban on import of fish was lifted on August 3 midnight. The ban was imposed following FDA report about formalin laced fish was imported to Goa.

Health Minister Vishwajit Rane said that total 1148 vehicles with fish have entered Goa and the containers and fish from all the vehicles are checked by FDA.

Previous articleMapusa MLA Francis D’Souza leaves for Mumbai; to fly to USA on Monday for medical treatment
Next articleSluice gates at Shirgao to be taken up for repairs: Santosh Kumar Sawant