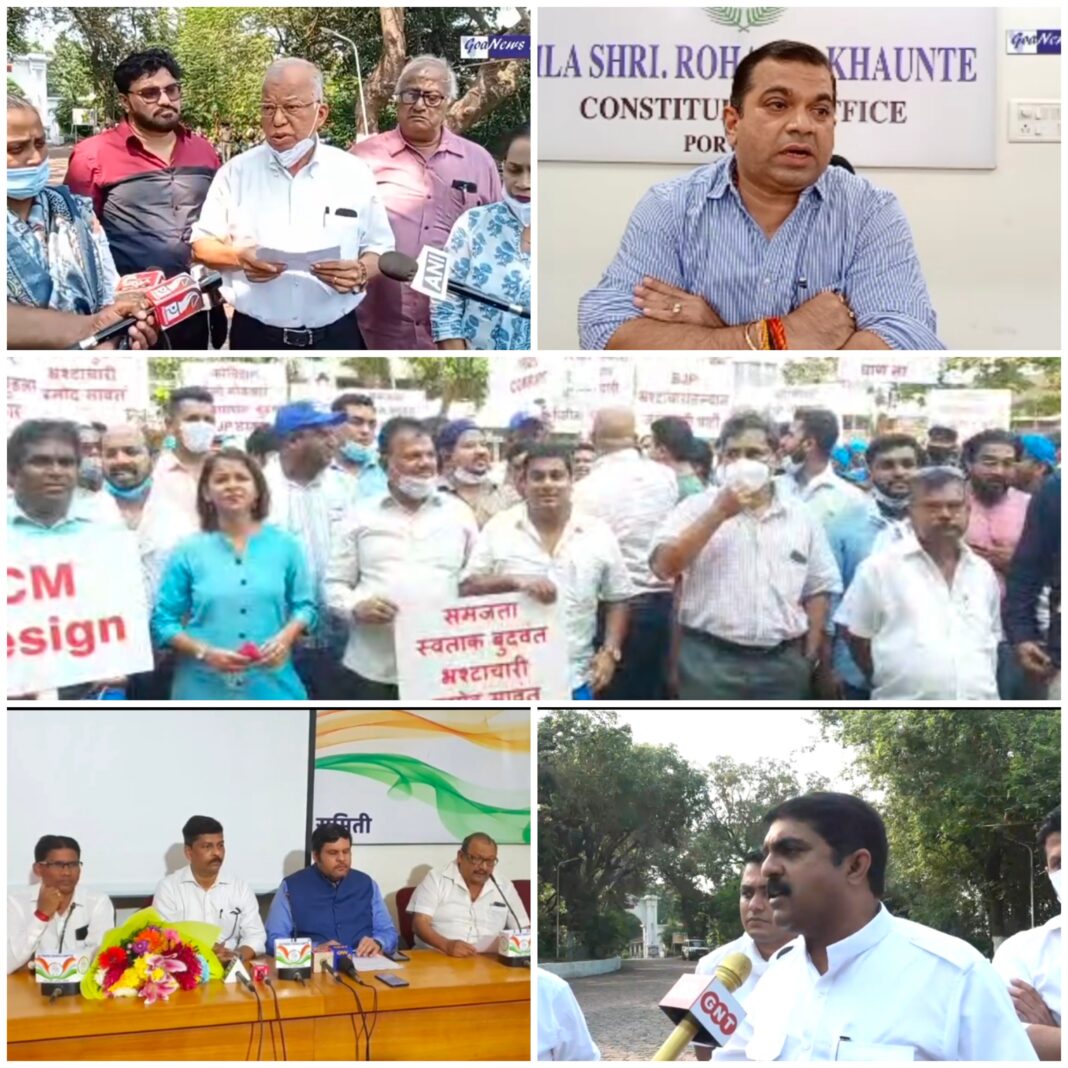 “You must immediately seek resignation from the chief minister and announce investigation by an Independent agency to allow a fair enquiry,” the memorandum submitted to the Governor reads.

The AITC has also demanded that the government must release a white paper regarding purchases and expenditure during the Covid 19 pandemic. This transparency is of critical importance at this time to restore people’s faith in the institution of government.

Meanwhile, All India Congress Committee Spokesperson Gourav Vallabh told reporters that Malik in a television interview accepted what Congress party is telling, that is, corruption was there in everthing that Goa government was handling.

Vallabh demanded that CM and the entire council of ministers should be “dismissed for being involved in such massive corruption and that too in the middle of pandemic.”

He demanded that State government should constitute a time-bound investigation under the supervision of a sitting judge of Supreme Court to find out what all other areas of Governance Goa government are involved in corrupt practices.

Vallabh said that Enforcement Directorate, Central Bureau of Investigation,  Serious Fraud Investigation Office (SFIO) and other agencies should be directed to file a case against the Goa CM and all others involved in the corruption.

“The Prime Minister should come out and answer why no action was initiated against the Goa CM when Governor had informed him about the rampant corruption by the Goa government,” he added.

The Aam Admi Party’s national leader Raghav Chaddha, addressing press conference in Delhi, demanded that CM should resign immediately as he has no right to continue.

“We are demanding Independent Judicial Probe in the entire scam,” he added.

In Goa, the AAP held protest march in the capital city of Panaji which was led by State Convener Rahul Mahambrey.

“Only those who have lost people to Covid know the depths of this betrayal by Pramod Sawant and all of this due to the BJP’s corruption,” party’s state vice president Pratima Coutinho said.

Independent MLA Rohan Khaunte, addressing a press conference, said that the CM should be sacked and President’s Rule should be imposed in the state.