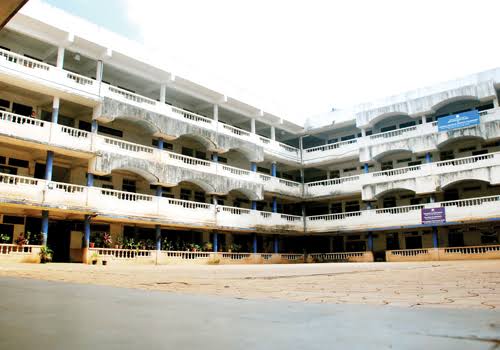 Panaji: Hours after Goa Church’s wing was booked by Goa Police for using children during the anti-Citizenship Amendment Act (CAA) rally, National Student’s Union of India (NSUI) has filed a complaint with Director General of Police (DGP) against a school for making students to participate in pro-CAA march.

The school had organised pro-CAA rally on December 18, 2019 at Porvorim which was participated by the students.

In their complaint to DGP, NSUI has said that  the school management of Vidya Prabhodini, Porvorim has been brain washing the minds of very young students in the school and has reportedly asked their student to be part of a rally in support of CAA and NRC, thereby exposing the children to political ideology and aggressive language, and thereby also exposing them to psychological abuse and an unsafe environment.

“The students have a young heart and do not have an idea on their political belief, the brain washing indeed makes them abused psychologically and mentally, it has also been complained that the students from the institution are forced to be part of such rallies, failing which strict action is taken by the management against the students who oppose NRC and CAA,” the complaint, copy of which is with PTI, reads.

NSUI has requested DGP to file an FIR against the Management of Vidya Prabhodini for psychological abuse in the minds of young students and also have a close watch on all the activities of the mamagement, because further brain washing the minds of students could lead to an incident like in Delhi, where a student tries to shoot the protesters of Jamia.

“To avoid such incidents in Goa, I request your kind authority to investigate the matter with seriousness and not allow such activities by any institution in future,” NSUI added.