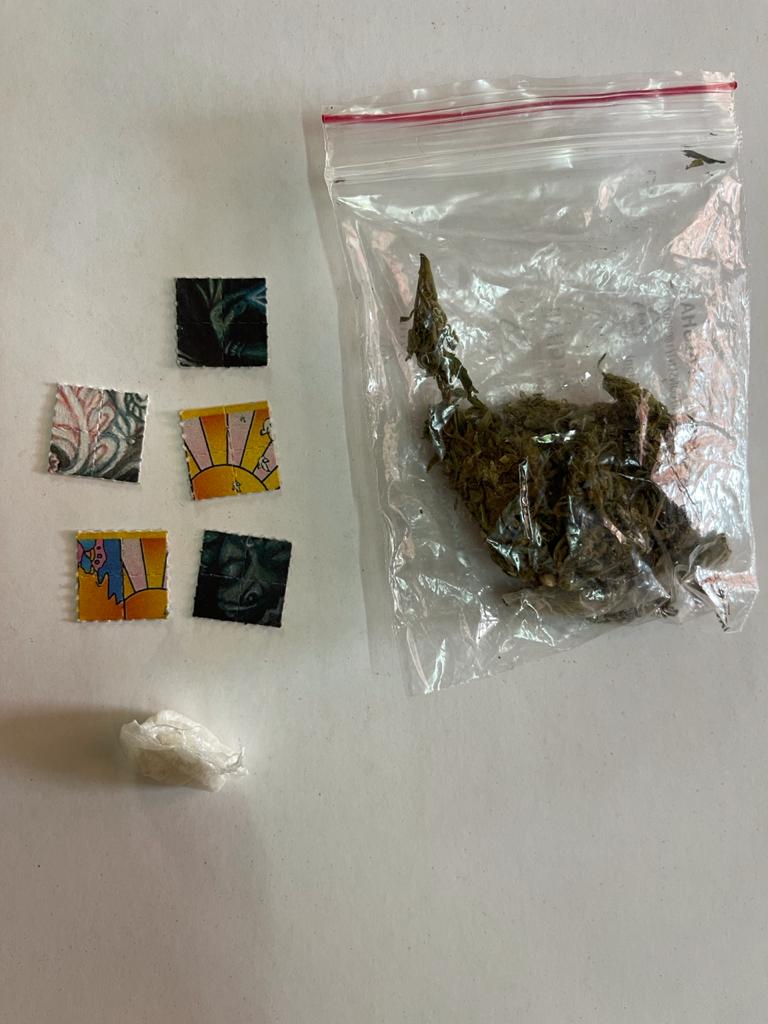 Panaji: NCB Mumbai & Goa in its continuous fight against Drug Suppliers and Peddlers in Goa, NCB Mumbai & Goa launched 02 operations in various places of Goa & registered 02 cases in a short duration of 24 hours on 28 & 29.06.2021.

In these operations, NCB Mumbai intercepted 03 persons at various locations and seized a total 60 tablets of Ecstasy/MDMA (commercial Quantity), 350 gram of Nepali Charas and 20 blots of LSD (Commercial Quantity). Investigation of the said cases is going on.

On the basis of reliable information, a joint team of NCB Mumbai & Goa conducted a raid at Gaum Waddo, Anjuna, North Goa and seized 37 tablets of Ecstasy/MDMA & substantial quantity of Charas and intercepted one Roque Jose Fernandez on 28.06.2021. In follow-up operation, a team of NCB recovered 340 grams of Nepali Charas from the dicky of his Scooty parked at Pamela Palms, Anjuna.

On preliminary disclosure of Roque Jose Fernandez, a joint team of NCB Mumbai & Goa intercepted one Nigerian namely Chidi Osita Okonkwo @Benjamin with 23 tablets of Ecstasy/MDMA. Benjamin was intercepted after chasing approx 500 meter by foot in the Jungle. During the operation, 03 officers of NCB were injured. Benjamin was the main supplier of the drugs.

Roque Jose Fernandez is a notorious drug trafficker of North Goa. He was earlier booked in 02 NDPS Case and is presently out on bail. He is owner of one hotel at Anjuna. Roque Jose Fernandez operates the drug racket of Ecstasy from his Ice-cream parlour cum grocery store. The drug orders booked from his Ice-cream parlour and he delivered the ordered drugs in mentioned addresses from one KS Guest House at Anjuna. The payments of the drugs were done digitally by using Googlepay etc. Roque Jose Fernandez was also provided drugs to the tourists and the consumers in front of the Guest House. Some complaints have been received from the neighbours of the Guest house and some tourists regarding the peddling of drugs by the accused.

NCB Goa registered the case in Crime No 06/2021. Further investigation is going.

Nepali Charas is pure form of Charas. It is imported from Nepal and it is costly from Indian Charas.

On the basis of intelligence developed, a joint team of NCB Mumbai & Goa intercepted one Nigerian namely Onayeka Egike and seized 20 blots of LSD at Bardez, North Goa.

Preliminar investigation has revealed that the said accused uses unique modus operendi to deliver the drug consignment as in he uses passwords to identify the genuine costumer. He changes his location of delivery multiple times and makes the customer wait for 5-6 hours to ascertain the genuineness of the customer. He used his two wheeler to make the deliveries and the said bike has also been seized.

He was earlier booked in an NDPS Case in the year 2019 by Crime Branch, Goa and is presently out on bail.