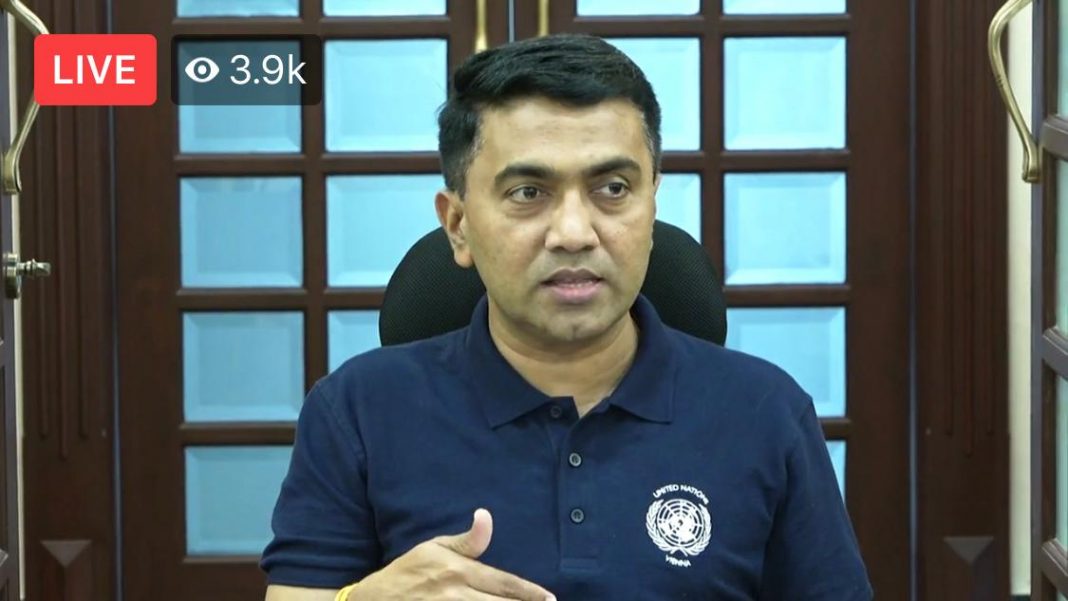 Panaji: Goa government on Saturday announced remuneration for the registered labours in the state for next three months to offset financial impact on them due to COVID-19 outbreak.

State chief minister Pramod Sawant also said that two companies of Central Reserve Police Force (CRPF) have been requisitioned, which would be patrolling the areas during lockdown period.

He said that the CrPF would be patrolling the highly sensitive areas to ensure that the people don’t break section 144 of CrPC which is imposed as a part of the lockdown.

Sawant also said that the those labourers registered with the government would be provided monthly remuneration of around Rs 4,000 to Rs 6,000 per month for next three months.

“This will cover construction labour and others. More than 15,000 labours will benefit from this financial package,” the chief minister said.

He said that the state government has already reached out to more than 2,500 labourers who are stuck at home. “They have been provided food by the volunteers. We are also providing them the essentials to make up for next ten days so that they are looked after,” he said.

The chief minister said that the state government has set up migrant camp in each of the taluka so that the people don’t migrate from one place to another.

Sawant said that the the people are making rush to buy items like fish and mangoes, by violating social distancing norms.

“This is dangerous. We should not violate social distancing norm. We may go to buy mango or fish but will come back with Coronavirus,” he said.

Meanwhile, the chief minister said that the condition of all the three patients who had tested positive is stable.

“The samples of those people who had come in direct contact with them have been sent for testing and we are awaiting the results,” he said.

Sawant said that total 798 people have been home quarantined across the state, and they have been asked not to move out.

He also said that the virology lab which is being set up at Goa medical college and hospital will start delivering the reports from tomorrow (Sunday).

Sawant said that the tourism industry officers have also been roped in to ensure that the tourists who are stranded at different hotels are provided accomodation and food at subsidized rates.