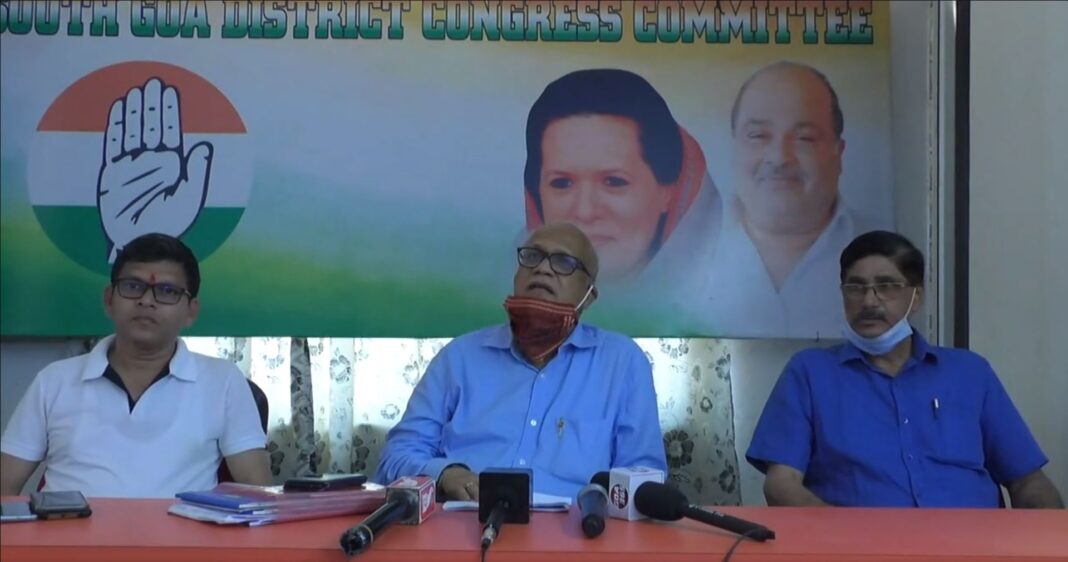 Panaji: Goa’s senior Congress leader and Leader of Opposition Digambar Kamat on Tuesday while reacting to the Union Budget 2022-23, asserted that the Modi government once again stands exposed on its Jumla annoucement with no mention of the Rs 300 Crore Diamond Jubilee fund announced last year found in Action Taken report of last years budget.

Kamat also accused the government of betraying the salaried and middle classes, MSMEs, Youth, Farmers by not announcing any relief measures for them.

The Leader of Opposition on Tuesday addressed a press conference in Margao. He said that the Budget has exposed the lie told to Goans by the BJP government both at the State and Center.

“The Finance Minister Nirmala Sitharaman in her speech on February 1st 2021, had said that Goa is celebrating the diamond jubilee year of the state’s liberation from Portuguese rule and hence she had proposed a grant of `300 crores to the Government of Goa for the celebrations. But our state never received this fund.” Kamat lamented.

He said that the Chief Minister Pramod Sawant spent lakhs of rupees putting up banners all across the State thanking Narendra Modi for Rs 300 Crores. “Now BJP government should come clear over this and tell the public whether they have received this fund,” he said.

Kamat recalled that in June 2021, Congress’ alliance partner – Goa Forward Party — had obtained an RTI reply where it was revealed that the money allotted was never received.

“This is an insult to our State and our liberation struggle,” he said.

Previous articleGoa has two options: support an honest party or support the BJP directly or indirectly: Arvind Kejriwal
Next articleVelim residents will not repeat the mistake of voting for Congress; this time they’re backing AAP: Cruz Silva