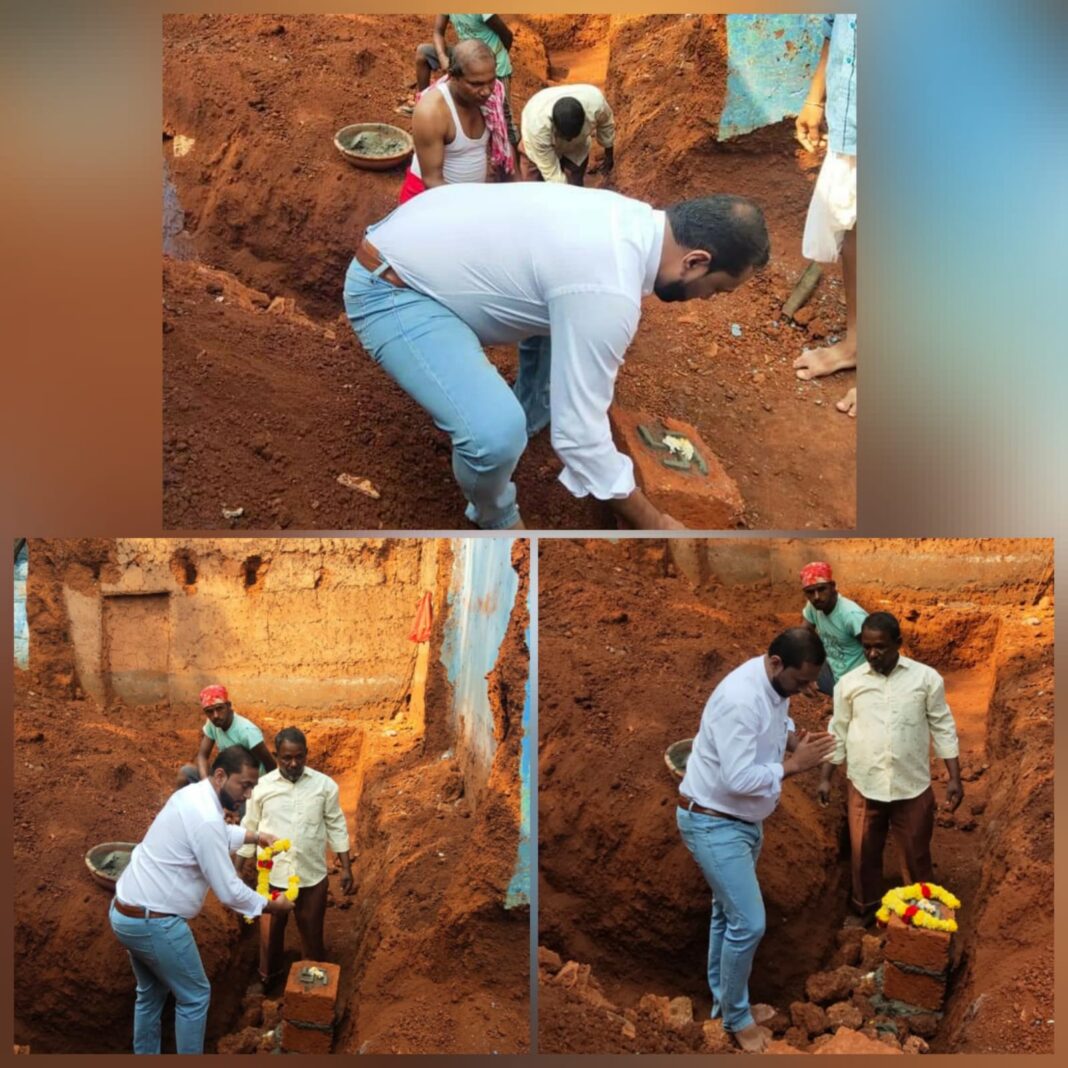 Ponda: Maharashtrawadi Gomantak Party Ponda leader Ketan Bhatikar laid foundation stone for building the second out of three houses that he has promised to rebuild after being washed away in the recent floods.

“We promised to build all three houses damaged during recent floods. We laid foundation stone for building second house today at Murdi, Khandepar after completing the first one,” Bhatikar said.

“Thanking Shri Sudin Dhavalikar for being the biggest support for such initiatives with immediate commitments and fulfillment of the same,” he added.

has helped to build three houses at Murdi-Khandepar, which were damaged due to the recent floods.

Bhatikar had promised to build all three houses