Masks in public places compulsory in Goa from April 20 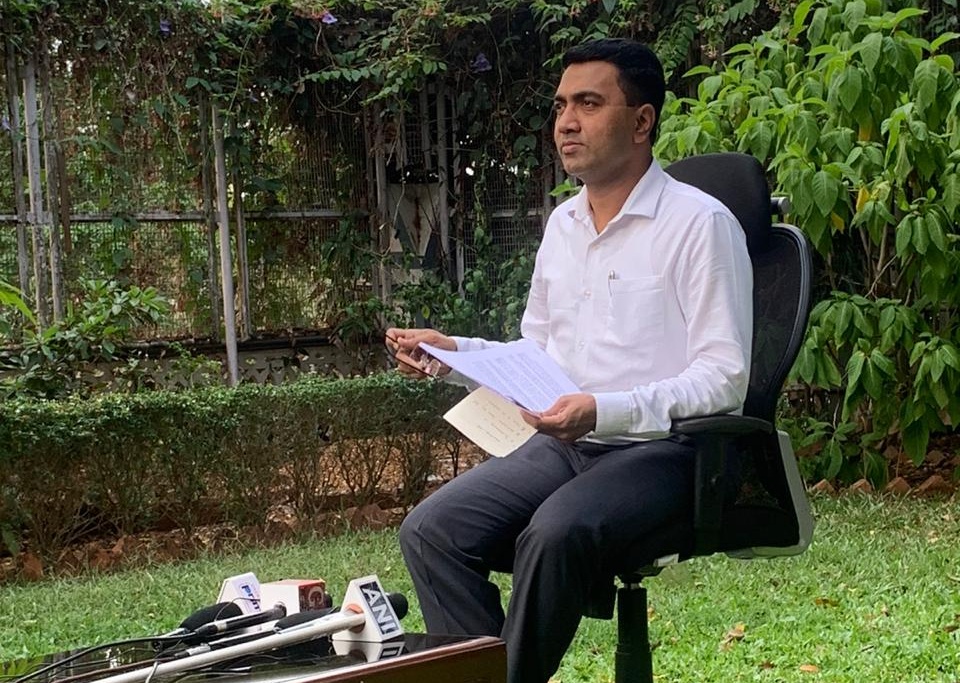 Panaji: Goa Chief Minister Pramod Sawant on Friday said that wearing of masks in public places in the state would be compulsory from April 20.

Sawant also said that the state is gearing up to open its industries and also some of the government offices from April 20, after taking proper precautions.

Talking to reporters, Sawant said that wearing of masks will be made compulsory, while those violating the norm would be penalized in the state.

He said that the strict check would also be kept on drinking and also spitting in public places as a measure against spread of COVID-19.

Goa had reported seven cases positive for COVID-19 infection of which six have recovered.

Sawant said that while few government offices will be opened from April 20, thermal guns would be installed at their entrance.

“We have procured more than 1,000 thermal guns. These guns would be installed at the entrance of government offices. No one would be allowed to enter without checking,” he said.

“ We have been holding series of meetings to decide which activities would be opened up after April 20,” he said.

In a bid to stimulate economic activity,  Sawant said, the state government will allow industrial estates to open up.

“Goa State Industrial Development Corporation (GIDC) will be empowered to allow the industries open for their activities after taking proper precautions,” he said.

“ Industries will have obey social distancing norms. They will not be allowed to bring labours from outside the state,” he said.

Previous articleGMC to release 50% state quota for PG
Next articleVishwajit Rane raises concern about movement of people from Belgavi to Goa, via Keri