Konkan railway to run on electric lines in next one and half year: Piyush Goyal 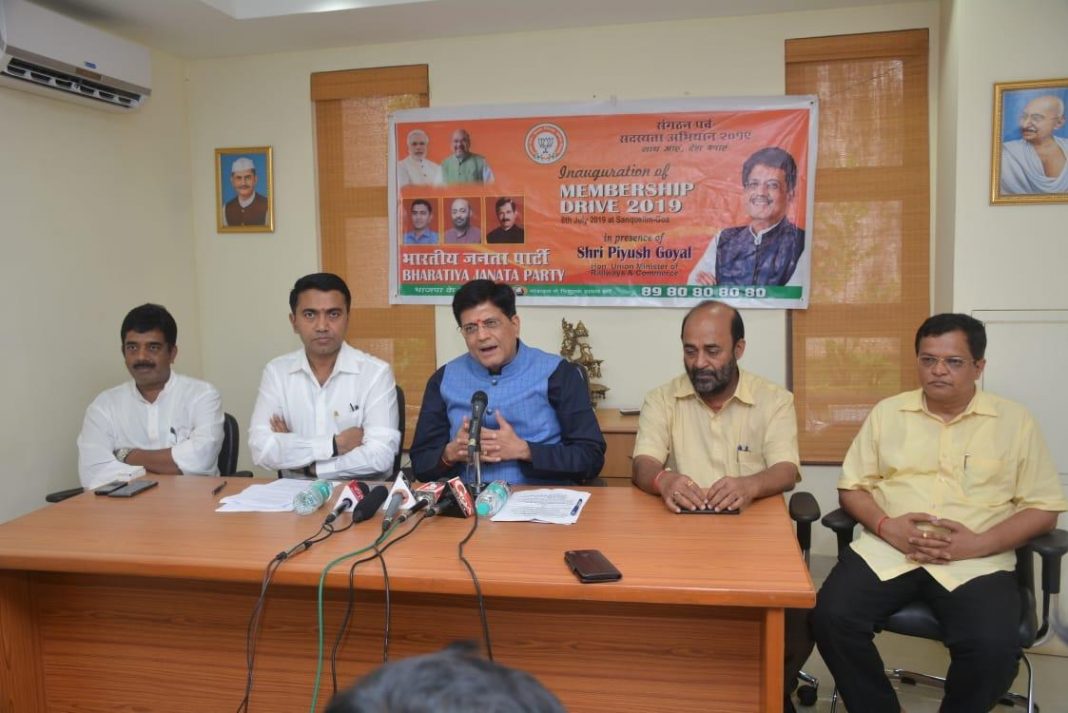 Sankhalim: Union Railway Minister Piyush Goyal on Saturday announced that the entire line on Konkan Railway Corporation’s route from Mumbai to Mangalore via Goa would be run on electricity in next one and half year.

Goyal said that the electrification of the line has been undertaken by Railways ministry at the cost of Rs 11,000 crore, the sanction for which has already been granted.

“Running entire route on electricity will save the environment, increase the speed and also the trains will run on clean fuel,” he said talking to reporters in Goa at the sidelines of launching the membership drive of BJP.

The minister said that different measures are initiated to increase the capacity of the KRCL without going for doubling of the tracks.

Goyal said that the proposals are also being worked to have extra links to KRCL lines.

The minister said that during last five years, Modi-led government has launched nine new trains on KRCL route from different destinations including Mumbai.

After launching of the railway with vista dom coach in KRCL route, Goyal said that the ministry has ordered for 100 vista doms coaches.

“I am of the opinion that each train on Goa route should have vista dom coach so that the passengers can enjoy the beauty of nature,” he said.

Commenting on the budget that was presented in the Parliament on Friday, Goyal said  the government envisages investment of Rs 50 lakh crore by the year 2030 in Railways to make it world’s best  railway which will include safety of passengers, expansion of railways, increase in share of freight.

“In last 65 years, the investment was less in railway due to which the infrastructure increased by 30 per cent while freight and passenger traffic increased by 1500 per cent,” he said adding that these factors resulted in passengers facing several problems.

Goyal said that the ministry will have capital investment of Rs 1.60 lakh crore for the current year which is against mere Rs 45,000 crore invested during 2013-14.